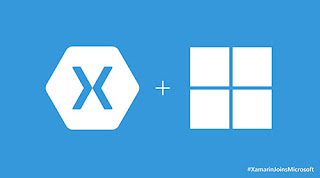 One of the most exciting announcements at //Build (if not _the_ most exciting) is that the long-rumored joining of forces has finally happened between Microsoft and Xamarin. You can read the details here, but in a nutshell it goes like this:

“Xamarin will be in every edition of Visual Studio, including the widely-available Visual Studio Community Edition, which is free for individual developers, open source projects, academic research, education, and small professional teams. Develop and publish native apps for iOS and Android with C# or F# from directly within Visual Studio with no limits on app size.”

This is huge. I’ve spoken with developers in the last couple years or so that really wanted to use Xamarin but shied away because of the costs. Now it is free. The Xamarin SDKs are also now open source, so you can view each platform’s SDK code until your heart is content.

Getting started is pretty simple but there are some requirements to be aware of. Building for iOS requires a Mac. Building for Android requires really…anything. Testing for either can be done on a PC with the new iOS Simulator James demos in the Channel 9 video below, which brings me to the next subject.

I had the pleasure of talking with James Montemagno from Xamarin for my relatively new Channel 9 blog Adam’s Garage (ps – hit me up with any content you want to see). You’ll be hard pressed to find a more passionate mobile developer than James and he demos how easy it is to create a new app and a couple sample applications. Watch the video inline, or jump on over watch it on Channel 9 and be sure to read the notes below the video there to see the various specific subjects and direct links.

Get Visual Studio with Xamarin or install Xamarin into your existing Visual Studio instance. This url will allow you to do either. Once everything is setup, check out the following links for some great samples and further learning. Happy Coding 🙂