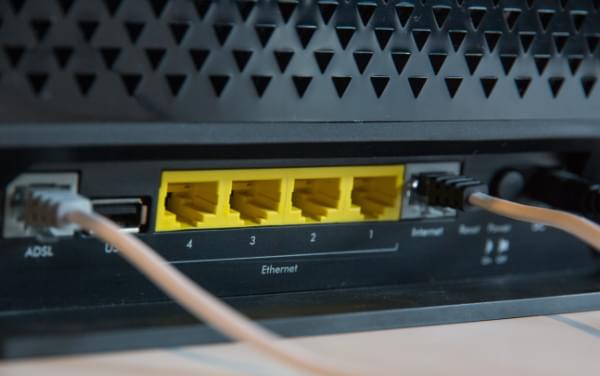 In this article, we’re going to dive into the offerings of the most prominent players in the hosting industry, and wade through their plans, infrastructure, and reputation among users, to give you recommendations for the best hosting provider for your needs.

This category covers the widest part of the hosting market — from the entry-level shared plans to prosumer and premium offerings with dedicated resources and different levels of support. 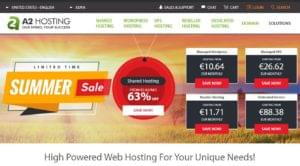 A2 Hosting was founded in 2003 in Michigan, USA. They offer entry-level shared hosting packages, managed VPS and dedicated servers and seller hosting.

Their shared packages are standard cPanel packages, with SSD-based storage and a promise of reserved CPU and RAM resources — even with the smallest of plans.

Their LITE plan begins at $2.96 per month, which allows for one website. Their SWIFT plan has unlimited websites, starting with $3.70 per month. And their TURBO plan starts at $7.03 per month. These prices are — as the A2 website claims — a 63% discount.

They offer free migration, 24/7 support, DDOS protection and “99.99% uptime commitment”, which is always nice to know.

The flagship plan that distinguishes A2 is the TURBO package, which uses LiteSpeed servers — an excellent replacement for Apache, which also brings with it a performance edge.

Underlying LiteSpeed allows A2 to offer QUIC as an experimental feature on the TURBO plan.

A2 offers four possible server locations — two data centers in the US, one in Singapore and one in Amsterdam, so they’ll have you covered in most parts of the world.

SiteGround is a “holding of companies registered in the USA, UK, Bulgaria, and Spain that manages four offices and several datacenter locations around the world”. Established in 2004, it has become somewhat of an institution in the hosting world that’s been recommended by WordPress itself.

SiteGround’s hosting range is similar to A2’s, and starts from the entry-level shared packages all the way to cloud products and dedicated servers. The company also offers bespoke enterprise solutions.

SiteGround offers packages similar to A2’s plans — although its GrowBig and GoGeek plans cost a bit more than a comparable A2 plans.

However, SiteGround does offer free daily backups across all the plans, free migration on GrowBig and GoGeek — as well as staging installation, which is handy for more professional setups.

Use of resources for each plan is limited in terms of server processes, simultaneous connections, CPU seconds, RAM, cronjob intervals — and they are specific and transparent about it, which is a plus.

One caveat to note is that the prices mentioned above are promotional prices for the first year of signup, and renews at a higher price after that.

SiteGround’s server stack consists of NGINX as a caching solution in front of Apache — which means that even SiteGround’s StartUp plan is not constrained by Apache limitations.

We use NGINX as a reverse proxy for caching, standing in front of an Apache server. This means that cached results get zero latency from the web server, PHP or MySQL services. The content comes our directly from the server’s memory. It’s as if you’re fetching an HTML file — mostly networking between you and the server, and of course the size of your content. — Hristo Pandjarov

They offer server locations in the UK, USA, continental Europe and Asia (Singapore).

SiteGround has also recently announced support for the QUIC next-generation protocol, which will increase site loading speed even if there’s poor internet connectivity at your location.

Bluehost was founded by Matt Heaton in 2003, and enjoyed immense popularity until 2011, when it was acquired by EIG. Since the acquisition, it has remained one of the most prominent players in the hosting scene, but it has been plagued by mixed reviews regarding its user experience.

Bluehost offers a similar range of products to the others — from entry-level shared plans to VPS, dedicated servers, ecommerce and WordPress packages. But it currently offers the lowest prices of the three mentioned in this category (for a 36-month term; prices go up as you’d expect for shorter terms).

All but the smallest of these plans include unlimited resources (SSD Storage). However, do note that in the fine print of their Terms of Service notes:

While rare, we occasionally constrain accounts utilizing more resources than should be the case in the normal operation of a personal or small business website.

Been migrating to Bluehost Dedicated server and it’s just not cutting it. Support is slow and the server has been dropping in and out over the past 24 hours + turns out the resources are capped (despit what “sales” said).

“No specified limits to resources” in this case may translate to “no guaranteed resources”. Even before the EIG acquisition, Bluehost had introduced a CPU-throttling strategy — so be warned. You can read more about Bluehost’s restrictions regarding resources here.

Bluehost has some perks and a custom management web UI for WordPress customers.

As for the server locations — Bluehost doesn’t offer straightforward information, but besides Utah, USA, they seem to have data centers in China and India (Mumbai).

The post The Best Web Hosting Providers For Your Needs appeared first on SitePoint.