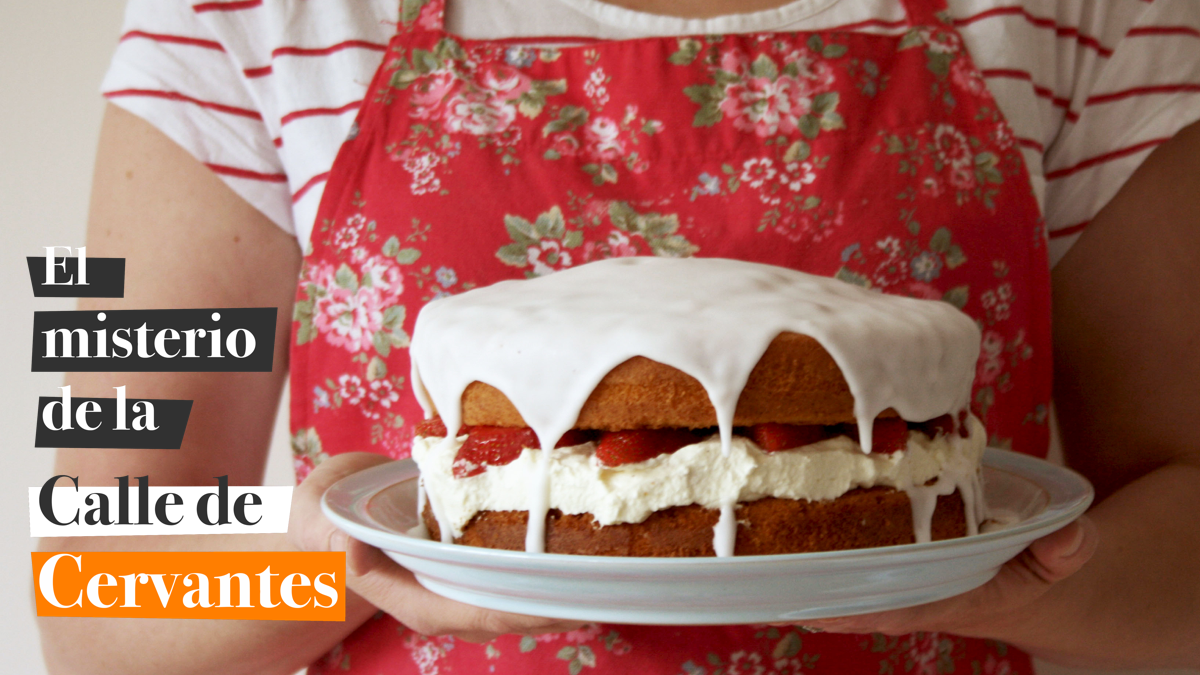 The mystery continues in ‘El Misterio de la Calle de Cervantes’ Episode 2! As in each episode of this first season, we join Babbel didactics team members Fidi, David and Paula as they present a dialogue, discuss key vocabulary and break down some cultural insights into the episode. You can listen to the full episode below, and you can also catch the full season wherever you get your podcasts. But if you want a little more guidance through the episode, check out the guide to the episode by reading on.

Our podcast hosts Fidi and Paula give you a brief review of the first episode and introduce you to the second chapter in the story. In this episode, there will be two dialogues, each using the same vocabulary so you can hear it in more than one context.

Listen To The Introduction [2 Minutes]

Roommates Lola, Diego and Carlota have a conversation over text and discover that it’s not a ghost that lives above them, but a real person. Lola and Diego plan to prepare a cake to go introduce themselves to the new neighbor.

Listen To The First Dialogue [1 Minute]

Paula and Fidi briefly discuss what happened in the dialogue before launching into a discussion of this episode’s key vocabulary. This time, the four terms are linked by the fact they all have something to do with a part of the body. Listen to the introduction to the section below, and then click on each vocabulary term to hear the discussion about it.

Listen To The Introduction To The Key Vocabulary [1.5 Minutes]

no pegar ojo [2 Minutes] — this phrase literally means “to not hit the eye,” and it means to not get any sleep at all

dormir a pierna suelta [1 Minute] — this phrase is the exact opposite of the last one, as it means to sleep very well, and it literally means “to sleep with a loose leg” as a reference to prisoners who were sometimes allowed to sleep without chains on their legs

tener la mosca detrás de la oreja [1.5 Minutes] — literally “to have a fly behind the ear,” this phrase means you distrust something, or that you have an intuitive feeling that something bad is going to happen

echar una mano [1 Minute] — this literally means “to give a hand,” which, like with the similar English phrase, means to help out

In this section, we very briefly go over the vocab we talked about in the last section.

Listen To The Vocabulary Review [0.5 Minutes]

Fidi and Paula welcome their special guest David from the didactics team, who gives some insight into how these phrases are used in Latin American countries.

dormir a pierna suelta — Latin American countries also use this phrase, and in addition can add on a pierna suelta to verbs like jugar (“to play”) and correr (“to run”) to mean that a person is doing them without worries

echar una mano — this means pretty much the same thing in any Spanish-speaking country, and Latin Americans can also use dar una mano. In Chile it can be echar un capote; in El Salvador and Colombia it can be pedir un favor; and in Argentina it can be tirar un cable

In the second dialogue, Carlota, Diego and Lola overhear their neighbor through the vent, and his laughter is disturbing, to say the least. Is it possible that the bad feeling Lola had about him is correct?

Listen To The Second Dialogue [1.5 Minutes]

Paula and Fidi wrap up the episode by discussing the second dialogue and saying goodbye. And as a reminder, you can complete Babbel lessons connected to each episode by following this link!