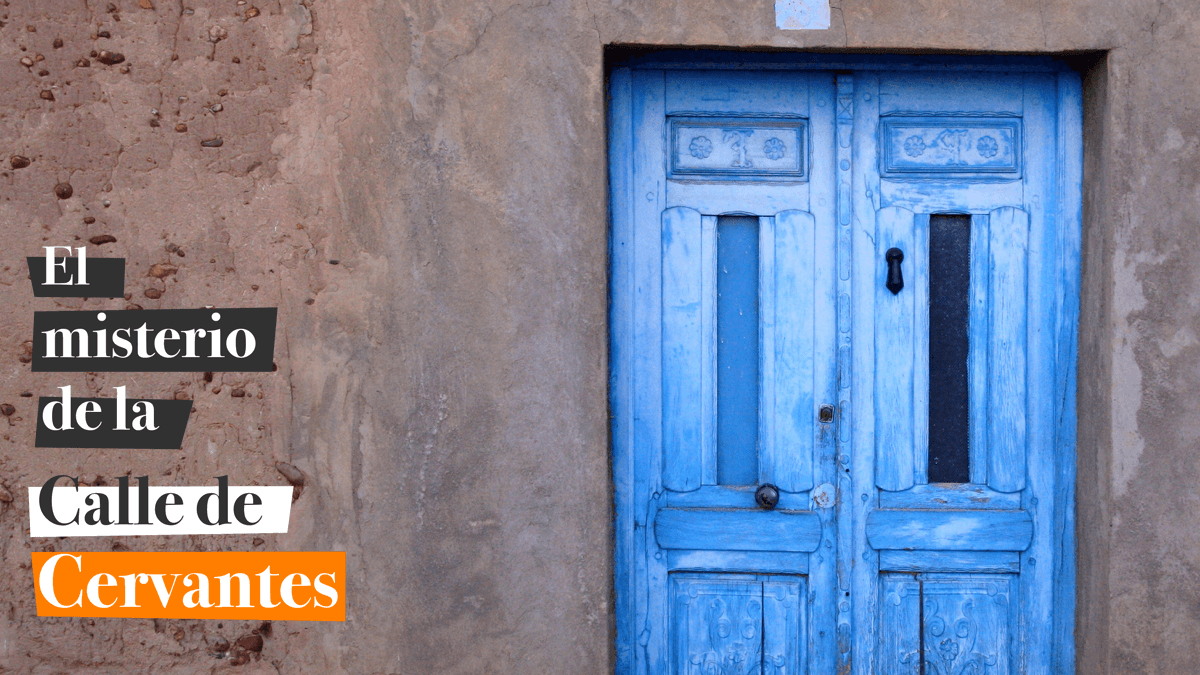 Welcome to El Misterio De La Calle De Cervantes episode 3! This episode features two dialogues in Spanish, and our hosts Paula and Fidi discuss the important vocab and cultural touchpoints. If you want to listen to the whole episode, you can click on the Spotify player below or get it wherever you listen to podcasts! And if you want a bit more guidance, read on for a breakdown of the episode.

Hosts Paula and Fidi briefly summarize what’s happened so far in the story, and introduce the first dialogue this episode. Like last time, there will also be a second dialogue at the end of the episode that uses the key vocabulary in new contexts.

Listen To The Introduction [1.5 Minutes]

Roommates Lola, Diego and Carlota are once again woken up in the middle of the night by strange sounds. This time it’s not their neighbor, but an animal’s howl. Could their neighbor be keeping a wolf as a pet? Or perhaps it’s a demon? The roommates hatch a plan to act the following day.

Listen To The First Dialogue [1.5 Minutes]

In this episode, the important vocabulary is all phrases that have a figurative meaning. That means their literal meaning is only tangentially related to what’s being said (when you say a pregnant woman “has a bun in the oven,” you don’t literally mean she’s baking buns). Click each of the vocab words below to hear Paula and Fidi discuss their meaning, starting with the introduction to this section.

Listen To The Introduction To Key Vocabulary [2 Minutes]

partirse de risa  [1.5 Minutes] — this phrase literally means “to break into laughter” and is used to describe someone who is laughing a lot

tirar la toalla [2 Minutes] — this phrase literally means “throw the towel,” but when used in conversation means something more like “to abandon something” (similar to the English phrase “throw in the towel”)

dar la lata [1.5 Minutes] — this phrase literally means “to pass the can,” but means something more like “to bother”

Here, we have a quick review of the four vocab words and their meanings.

Listen To The Vocabulary Review [0.5 Minutes]

Once again, Paula and Fidi invite David, a member of the Babbel didactics team, to explain how some of the key vocabulary is used differently in Latin American countries.

dar la lata — this phrase is understood in Latin America, but the more likely use is for people to describe something as una lata. So if you don’t like a job, you might say este trabajo es una lata. This usage is not too unusual in Spain either, though.

Lola read aloud a very strongly worded letter to their neighbor about him keeping a wolf in his apartment, in the hopes that the loud sounds will go away.

Listen To The Second Dialogue [1 Minute]

Paula and Fidi review the dialogue and say goodbye for this episode. They also mention that you can follow along with the podcast in Babbel lessons that cover all of this vocabulary, which you can find by clicking this link.