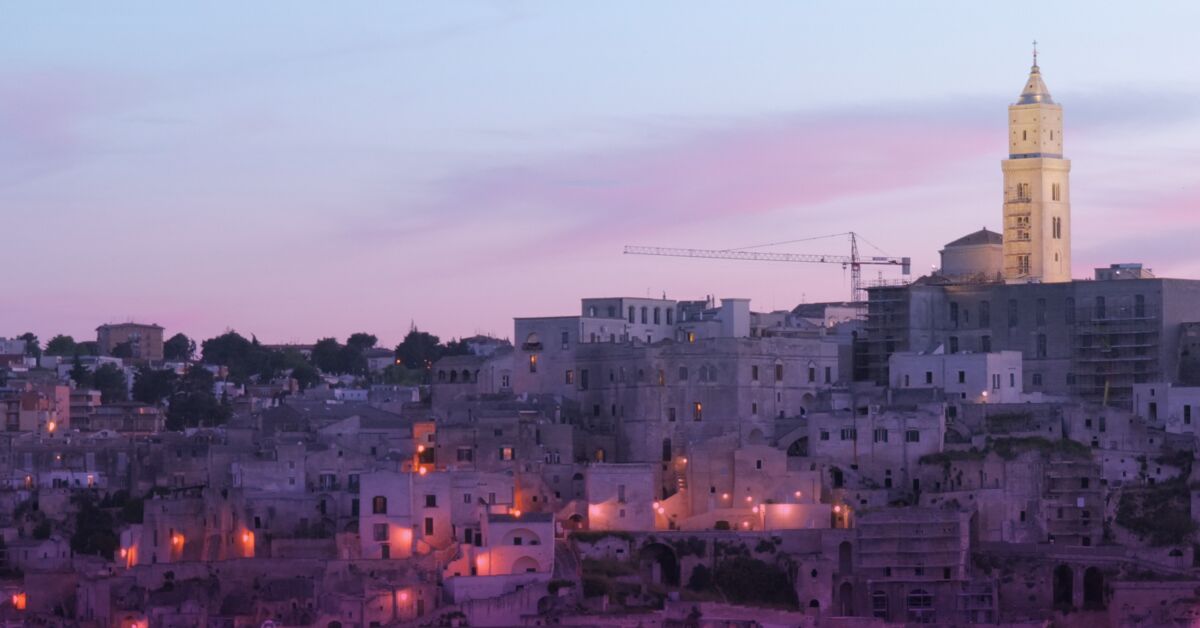 City of Stones, Ghost Town, National Disgrace, UNESCO World Heritage Site. Have you ever heard of a place with so many contradictory names? It’s not as strange as it sounds when the place in question is Matera, Italy, a city that goes back millennia and is among the oldest in the world. To add to this list of monikers, in 2019 Matera was given a new one: European Capital of Culture.

The City That Didn’t Exist

Italians used to make jokes about Basilicata, the small region in Southern Italy where Matera is located. For a long time the region was isolated — a lonely island disconnected from the rest of the world, tucked away between the more touristy Puglia, Campania and Calabria. As such, the running joke was that Basilicata didn’t even exist.

In 2019, however, Matera and Basilicata are experiencing something of a tourism renaissance (meaning that increasing numbers of visitors can vouch for its existence). Furthermore, the reports are that it’s a fabulous place to spend your vacation: It offers breath-taking landscapes, unforgettable cuisine, salubrious alleyways for solitary evening strolls, impressive stone dwellings and centuries of history on every corner. All of this makes a trip to Matera an unforgettable travel experience.

Let’s return to the city’s numerous names to trace its story — a story whose indelible traces are visible to this day.

The best way to describe Matera is to call it The City of Stones (la Città dei Sassi). Stone is the material that defines the city: its bedrock, so to speak, since the houses are literally carved into the stone-like caves. Hence the name of the central historical district, which is Sassi (stones). The ingenious early inhabitants of the city carved their homes directly into the soft rock of the high-lying area where Matera stands.

Even today, it’s not only possible to visit such “cave houses” (case grotta), but also to eat and even sleep in them. This is because many of them have been turned into chic restaurants and guest houses.

Truth be told, it wasn’t always possible to enjoy a night’s stay in one of these architectural wonders. At the beginning of the last century, Matera experienced tough times distinguished by poverty, disease and poor living conditions. This earned the city the moniker “national disgrace,” a nickname coined by the politician Palmiro Togliatti at the end of the Second World War.

Only after decades of population decline did the ghost city experience a revival. In the 1980s, the local administration and populace began to redevelop the area, restoring to the caves and alleyways the original, unique beauty that distinguishes the city. This signaled a turnaround in the city’s fortunes — a new era.

Just imagine you’re driving through the arid countryside of southern Italy. Your GPS keeps telling you to turn right, but you miss the exit anyway. Then you see a sign saying you’re entering Basilicata. At this point in your imaginary story, what would you do?

At least this is what the protagonists of “The Riddle of Matera,” Babbel’s new Italian course for intermediate learners, do. Our lead characters — Alba, editor-in-chief of a newspaper and her assistant Carlo — decide to go on an adventure in remote Basilicata. Here they get to know the local hotel owner, Rosa, and the strange Dr. Scopece — and then the mystery really begins!

Why is Dr. Scopece running from his room late at night in nothing but his pajamas? What’s going on between him and Rosa, and why are they fighting during the festival of the Madonna della Bruna? Alba and Carlo’s journalist instincts are triggered, and they can’t help nosing into these affairs.

In fact, the city has been the backdrop for numerous fictional plots, including movies and novels, which you’ll learn more about while solving “The Riddle of Matera”!

A Language Learning Stroll Through Matera

It was a no-brainer to set the mysterious (yet not so serious) plot of our new Italian course in Matera, since this year the city is on everyone’s lips.

Easy, right? But covering millennia of history, describing Matera’s beauty, its delicious food and giving travel tips was almost too much fun to pack into one Italian course!

The course is made specifically for intermediate learners who want to improve their listening and speaking skills while discovering something of the city’s peculiarities and culture. This all takes place as we follow Alba and Carlo on their adventures: Listening in on their conversations and taking one or the other’s role is all part of the fun. The other part is, of course, the riddle —will you be able to solve it before Alba and Carlo?

Whether you do or not — you’ll definitely have fun trying!

This special course on Matera can be found under the topic “Countries and Traditions” within the “More Courses” section for Italian learners.

The post Go On An Italian Adventure In Matera, The City Of Stones appeared first on Babbel.