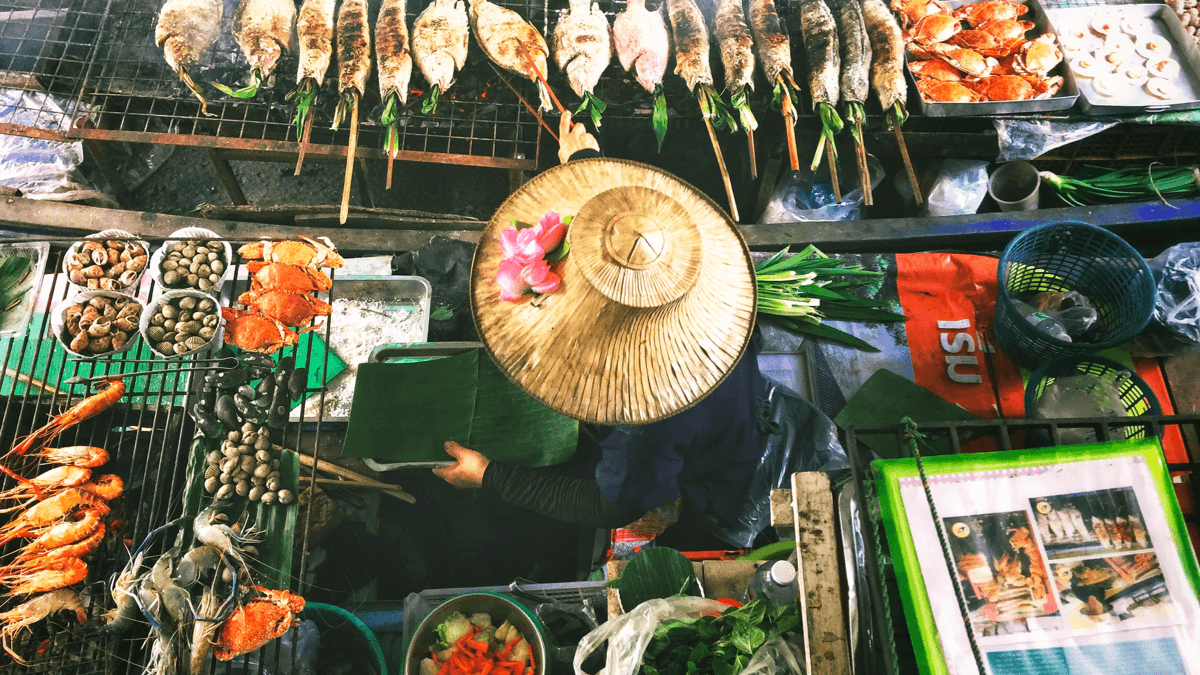 The obvious answer to a question like “What language is spoken in Thailand?” is, well, Thai. Thai is the official language, and it’s spoken by the majority of Thailand’s residents. However, it’s rarely the case that you only encounter one language in a given country. Thailand is home to 73 living languages, 51 of which are indigenous. And that’s to say nothing of all the immigrant languages comprising the linguistic tapestry of this Southeast Asian country. Let’s get into the nuance of it all.

What Language Is Spoken In Thailand?

Thailand’s only official language is, by Ethnologue‘s count, spoken by approximately 88 percent of the country’s population of around 69 million people. Only 34 percent of Thai speakers in Thailand speak it as a native language.

Thai, also historically known as Siamese, is part of the larger Tai language family, and the “official” version spoken in Thailand is based on the dialect local to the Bangkok region.

Thai itself is not a monolith. There are different dialects spoken throughout the country, with large enough variation that speakers on different sides of the country might have trouble understanding one another. There are subtle differences in tones and consonants, with Thai being a tonal language where words change meaning depending on the tone. Regional Thai dialects include Phu Thai, Shan, Song, Isan, Southern Thai, Nyaw, Northern Thai, Phuan and Lu.

Thai is also made up of lots of foreign loanwords from other languages, including Chinese, Pāli, Sanskrit, Khmer, Portuguese, Austronesian, and more recently, English.

Though some regional Thai dialects can kind of be considered minority languages in their own right, Thailand is also home to communities of Yawi (a Malay dialect), Teochew (which is rooted in Old Chinese) and Lao speakers, among other minority tongues.

Of the 51 indigenous tongues spoken in Thailand, there are five main discernible language families they can be sorted into. These include Austronesian, Hmong-Mien, Thai, Mon-Khmer and Sino-Tibetan.

The Hmong language, which belongs to the Hmong-Mien family, has as many as 3.7 million native speakers spread throughout several countries. Khmer, belonging to the Mon-Khmer family, has an even more impressive demographic count, numbering 16 million speakers throughout Cambodia, Thailand and Vietnam.

Thailand is also home to enclaves of foreign language speakers from other parts of the world. For instance, there are villages in Thailand where you’ll hear more Chinese than Thai.

The most common immigrant languages in Thailand are Burmese (at around 828,000 speakers), English, Japanese, Korean, Hindi, French and German, in that order.

English might not technically be as much an immigrant language as it is a common second language. Many Thai people study English in school or independently, and this is most apparent in the major business capital of Bangkok, as well as other major tourist hotspots.

The post What Language Is Spoken In Thailand? appeared first on Babbel.