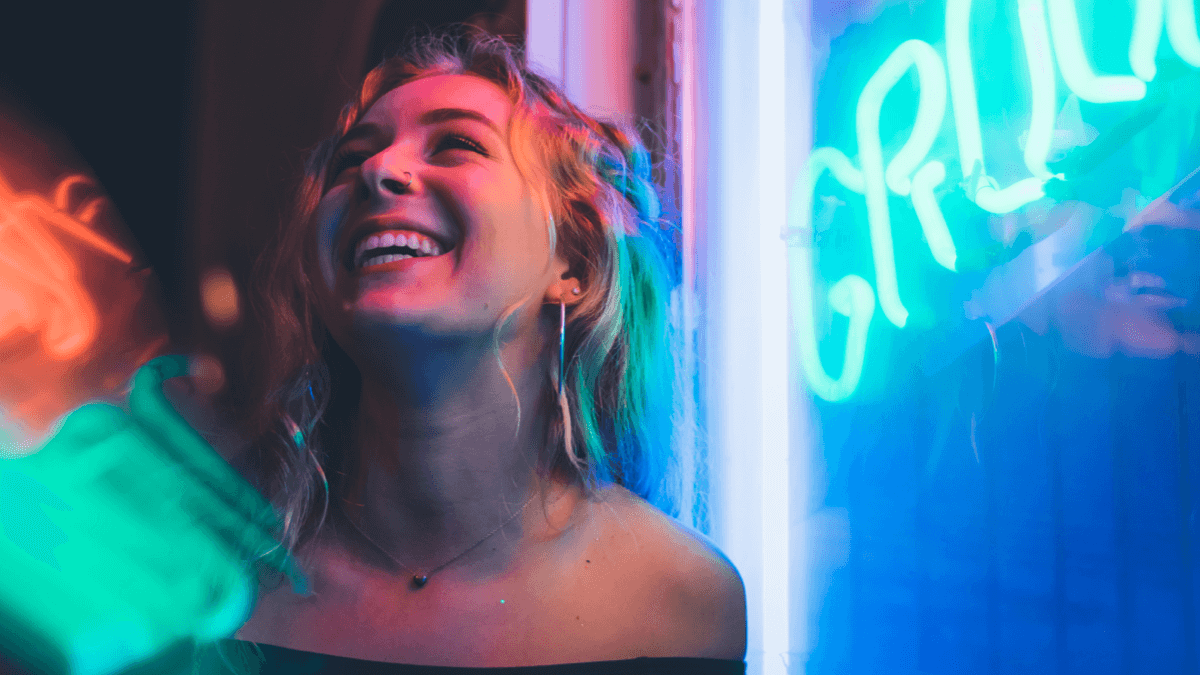 Sometimes people can give away that they’re from somewhere without even speaking. Telltale behaviors, like the stereotypical American habit of smiling at strangers for no reason, can serve as an immediate giveaway. It’s tempting to think of “happy” and “always smiling” as individual personality traits, but when it comes to how we outwardly express our feelings, the link between culture and emotion is a lot stronger than many of us might assume.

Even a simple phrase like “I’m excited” — a sentiment most English speakers take for granted — can pose a problem when filtered through the linguistic matrix of a culture that doesn’t get “excited” about much. French speakers don’t really have a word to convey this emotion because this overly sunny sentiment doesn’t really compute with the comparatively more reserved culture of Francophones. You wouldn’t say “Je suis excité” because — and take careful notes here — this word is closer in meaning to “aroused” than “excited.” You could say that you’re “looking forward” to something, but the facile exuberance that is implied by English speakers when they say they’re excited doesn’t register much as a genuine emotion for French speakers, who see these expressions as almost cartoon-like.

All of this raises a lot of questions. Can your culture moderate the emotions you intrinsically feel, or does culture merely shape the manner in which you express yourself? Moreover, is it even objectively true that some cultures can be more emotionally expressive than others? Does the relationship between culture and emotion dictate the types of feelings we classify as being more “emotional” in the first place? Anger and sadness are emotions, but so are calm and contentment. Who decided one of these counts as being more “emotional” than another?

It’s a complicated web of meaning out there. Let’s dive in.

The Difference In What We Feel

Are emotions, at their core, universal? One of the first studies that examined this issue, conducted by Paul Ekman in the 1970s, determined that for the most part they are. But the “display rules” for how these emotions are expressed (and in what contexts) vary from culture to culture.

By asking people to interpret photos of specific facial expressions meant to convey feelings like happiness and disgust, Ekman and his fellow researchers were able to verify that for the most part, people from varying cultures could match the facial expressions to their “correct” emotion word — but with caveats. Some facial expressions registered as “happy” or “disgusted” at greater or lesser rates depending on who you asked.

In other words, feelings may feel the same internally to everyone, but the manner in which they’re expressed can vary. This was backed up by another study that measured consistent levels of physical arousal when participants were asked to relive certain kinds of emotional experiences, but found notable differences in their facial expressions.

The Interplay Of Culture And Emotion

A lot of the available research on culture and emotion compares Eastern and Western societies. The individualism of the West (which prioritizes self-expression and individuation) makes for a pretty stark contrast with the collectivism of the East (which conceives of the self as being part of an interdependent society). Not only is there a notable difference in how people from these cultures see themselves, but there are also very different motivations guiding emotional expression. In many Western societies, self-expression is an ultimate “good.” In Eastern societies, adjusting to your environment is a greater priority.

What’s especially interesting is that repressing your emotions isn’t always bad for your mental health; at least, not in the way that conventional Western wisdom would have you believe. Though the harmfulness of suppression has been found to be true in European-American societies, emotional suppression is actually necessary to be part of society in a socially sanctioned way in many Eastern contexts. Thus, it doesn’t have the same negative effect on one’s happiness or well-being.

“One thing that has surprised me is how many cultures don’t think about their emotions as something that lives inside of an individual, but more as something between people,” said Batja Mesquita, an emotion researcher, in an interview with Psychology Today. “In those cultures, emotions are what people do together, with each other. So when I’m angry, that is something that lives between you and me. Thinking about emotions as living between people has consequences on how we regulate emotions and how we recognize emotions in ourselves and others.”

In some ways, the way we value certain emotions over others does have an effect on how they’re experienced by us internally, too. As Mesquita points out, shame is bad in Western contexts because it makes us withdraw from others. In other cultures, shame helps you navigate social expectations and fall in line when you’ve transgressed some sort of cultural norm, which keeps you connected with others instead of isolated from them in the way that a negative experience of shame might.

So…Are Some Cultures More Emotional Than Others, Then?

Although we can probably say that feelings are, at their core, universal, the cultural context we live in can have a strong enough impact that we actually experience certain kinds of emotions more or less frequently than others.

One study found that because Western cultures tend to value high-arousal emotions (like anger, excitement, joy, and annoyance) more than low-arousal emotions (like relaxation, peacefulness, boredom, and sadness). People in the West actually experience these types of high-stimulus feelings more than their Eastern counterparts, and vice versa. The ideal emotional state of the culture you belong to motivates you to behave in ways to create more of that emotional state (like, for instance, playing sports that will elicit high-arousal emotions, or making impulsive choices in pursuit of sensation).

In other words, the American notion of “happiness = upbeat” and the Chinese notion of “happiness = even-keeled and reserved” can both be true depending on who you ask. In either case, the desired emotional state is still the underlying motivational principle for how we choose to act. We could argue that individualist, Western cultures are “more emotional” if we agree that high-arousal emotions are more inherently “emotional.” But that, in itself, is another value judgment.

There may be another phenomenon linked to collectivist culture that’s even more relevant to this question, and that’s the tendency for these societies to foster a greater degree of emotional complexity in its members. One study found that “emotional dialecticism” (the ability to hold mixed emotions at the same time) and “emotional differentiation” (the ability to name the distinct feelings you’re feeling all at once) were higher in places like Malaysia, Singapore, the Philippines, Russia, India and Japan when compared to Canada, the United States, Australia and the United Kingdom.

Perhaps the ultimate truth is that when you conceive of your emotions as arising within you, they are both less complicated and more potent in their force. But with all the added nuance that comes with existing in an emotional ecosystem (where your emotions originate in the interactions you have with others), the added complexity has a moderating effect — almost like multiple radio signals blending to produce a neutral tone that doesn’t tend toward extremes. And that, in its own way, can count as “more emotional.”

The post Why Are Some Cultures More Emotionally Expressive Than Others? appeared first on Babbel.