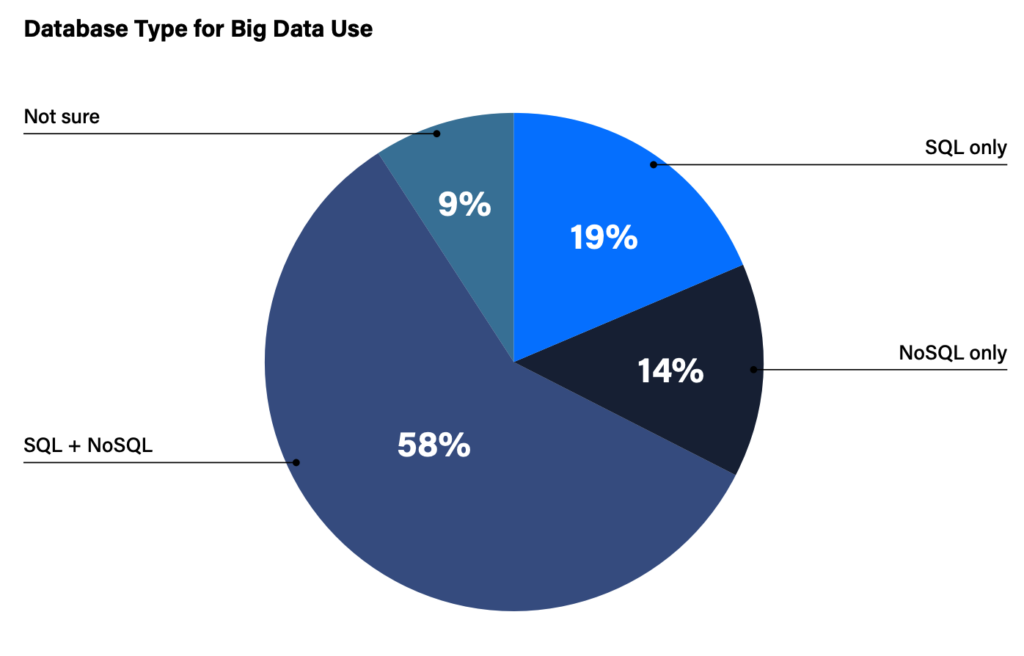 DZone’s report finds that the use of SQL and NoSQL are neck and neck in the world of big data. But it is no longer strictly a winner-take-all competition. Instead, the research indicated that we’re moving toward a world in which the hybrid use of both database types is becoming the norm: nearly 60% of respondents said their organizations use both SQL and NoSQL to support big data efforts.

In the report, interviewees at Oracle, Cockroach Labs, and more back up this research with what they’re seeing on the ground with customers.

Another key insight: many organizations rate their own usage of NoSQL as “Bad” or “Very Bad,” especially ones who started using NoSQL when it first came to market. It’s indicative of what CIOs state in the report’s interviews: companies need to align on a core set of use cases and business goals in deciding their tooling, rather than just pick the trendiest new technology.

But there’s another reason for this massive shift. Whereas companies used to need to make important–and difficult–tradeoffs in choosing between a SQL or NoSQL database, there are new products in the distributed SQL category that don’t require these tradeoffs. Distributed SQL databases, like CockroachDB, are delivering the benefits of both SQL and NoSQL. They deliver the ease of use of SQL–no more “Very Bad” ratings coming in–alongside the scalability and resilience capabilities that come hand in hand with NoSQL.

About the DZone Evolution of the Database Report

DZone’s annual report is an attempt to answer the age-old “SQL or NoSQL” question. To do so, they compile original research from the DZone team as well as thought leadership from executives at Oracle, Cockroach Labs, and more.