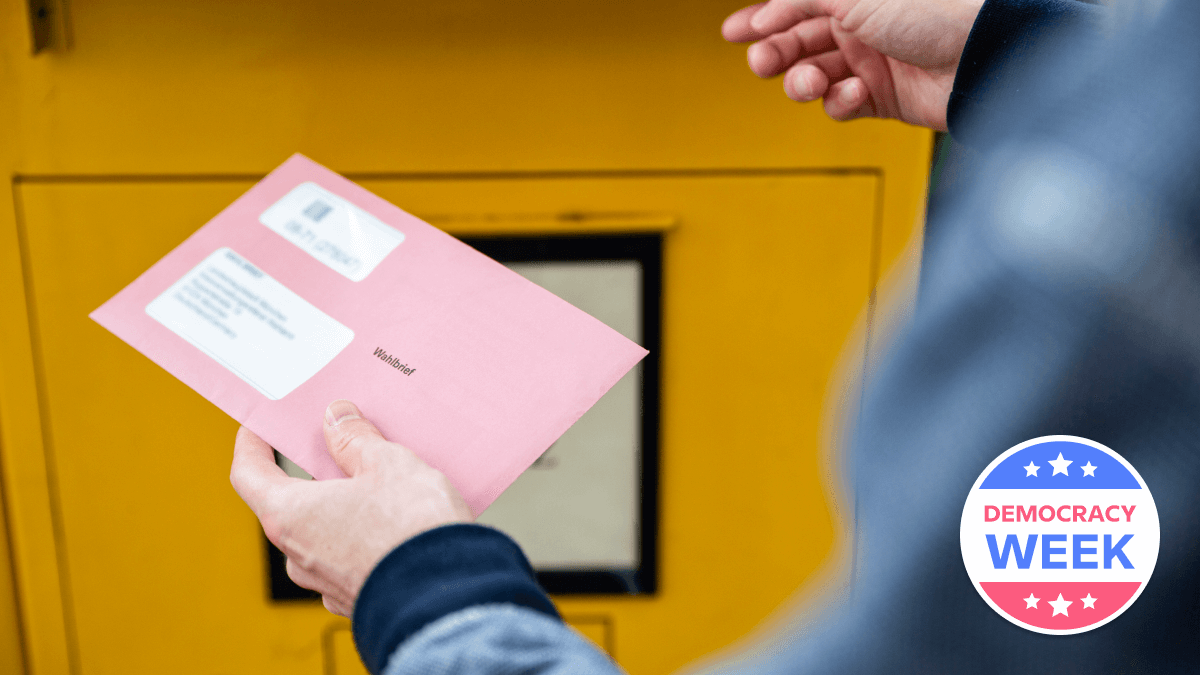 Voting in the United States (and around the world) looks quite a bit different this year due to the COVID-19 pandemic. Usually the vast majority of people vote in person on Election Day. But this year, millions of Americans are voting by mail or voting early. This is unusual particularly for the United States, where voting by mail is usually restricted to very specific circumstances. But what about mail-in voting in other countries?

In Switzerland, voting by mail is the norm. More than 80 percent of ballots in Swiss elections are cast by mail. And while there have been challenges with remote elections in some countries, in general, other developed countries tend to have lenient and voter-friendly methods in place.

Perhaps that’s why other countries see higher voter turnout. Though the 2018 midterm elections and the 2020 general election have shown surges in turnout, the United States has often seen an alarmingly low voter turnout rate: only 55.7 percent of eligible voters cast ballots in the 2016 election, putting us behind most developed nations (we ranked 26th out of 32 in one study). Why is turnout so much higher outside of the United States? We can look at some examples of voting in other countries to answer this question. Here are seven fun facts about elections around the world that may surprise you.

Fun Facts About Voting In Other Countries

1. In many countries, voting is mandatory

One way to make sure people participate in the democratic process is to make it mandatory. Compulsory voting laws are in effect in at least 22 countries, including Australia, Brazil, Mexico, Peru, Singapore and Thailand, to name a few. These laws aren’t always enforced, but when they are, not voting can lead to fines, withheld driver’s licenses and even salary freezes, depending on the country.

2. Australians host a BBQ party at the polls

The land down under is probably the most progressive when it comes to implementing measures to encourage voting. One of these is the festive atmosphere of the polling sites, which often involves throwing some “democracy sausage” on the barbie and turning the voting experience into a party. Perhaps that’s one reason Australia has a voter turnout of around 90 percent.

3. Most countries hold elections on the weekend

Elections in the United States are almost always held on Tuesdays, which can pose a challenge for people who work during the week. But in the vast majority of countries, elections are held on the weekend, usually on Sundays. The exceptions to this are the United States, Canada, the United Kingdom and a few other countries. In South Korea, where voting usually occurs on a Wednesday, election day is designated as a national holiday to increase turnout.

4. Sometimes you can vote for “none of the above”

If Americans don’t like any of the candidates on the ballot, they’ll probably just stay home. But some countries have a workaround for this. Colombia, Greece, India, Spain, Ukraine and the U.S. state of Nevada all give voters some form of a “none of the above” option on the ballot. That way, disaffected voters still turn out to the polls and take part in the process.

5. Or you can rank the candidates in order of preference

We’re used to selecting one candidate, and if they lose, we lose. That’s it. But what if we could rank the candidates in order of preference, so if our first choice doesn’t get enough of the electorate, our vote would go to our second choice? A few countries, like Australia, India and Ireland, use this ranking system (usually referred to as Ranked Choice Voting) at the polls. Some U.S. states have implemented, or will soon implement, this method in certain elections.

6. Until recently, voting with marbles was a thing

Since the 1960s, Gambia has used a unique system for voting. Voters would drop a glass marble into the color-coded metal barrel of the candidate they’d like to vote for, triggering the ringing of a bicycle bell. If officials heard the bell more than once, they knew voter fraud was occurring. This fun method was introduced to allow illiterate citizens to vote, but in 2017, officials decided to switch back to paper ballots as more Gambians started participating in elections, and the cost and effort involved in the marble method became too high.

7. In at least one country, you can vote online

In theory, online voting seems like a great idea, but security issues make it extremely complicated. In Estonia, however, they seem to have figured it out. Estonians have been able to cast ballots online since 2005, though many still prefer to vote in person. Those who do vote online use an ID card and PIN to confirm their identity, but the vote itself is encrypted and anonymous.

The post 7 Things You Probably Didn’t Know About Voting In Other Countries appeared first on Babbel.