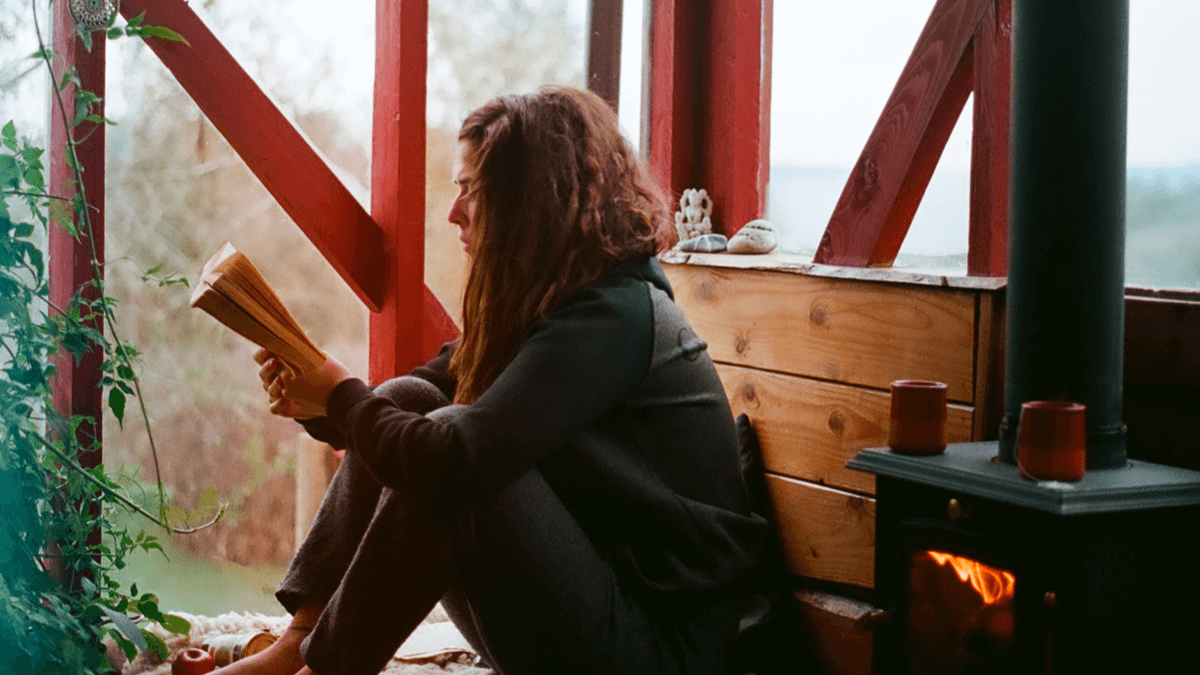 Language is one of the most complex phenomena in the universe, and yet we encounter it every single day of our lives in a way that many of us take for granted. Fortunately, you can learn to speak a language without learning all the details of how it works — and to be honest, we don’t have a full grasp of that anyway. But finding out more about how language works can teach you a lot: about human nature, about the brain, about history and more. Reading linguistics books is a great way to dive deeper into the world of the word.

Good news for you: There are countless options out there. We rounded up some of the best linguistics books we’ve read that cover a wide range of topics. Whether you’re into history, science or fantasy, there’s a compendium about communication or a book about babble out there for you.

The 12 Best Linguistics Books By Topic

For A Good Overview: Don’t Believe A Word By David Shariatmadari

Everyone uses language, and so it makes sense that everyone has some preconceived notions about how it works. But in Don’t Believe a Word, linguist David Shariatmadari looks at nine common myths and the truth hiding behind them. On the way, he covers the most up-to-date language science in an accessible way (the book came out in 2020, so it’s one of the newest there is). Shariatmadari also uses a number of real-world examples to show you how the mechanisms of language play out in our lives every time we open our mouths.

For Learning About English History: The Stories Of English By David Crystal

English is a complicated language. From its humble origins in Proto-Germanic to its worldwide status as a lingua franca today, English can’t really be boiled down into a simple narrative. That’s why this book isn’t the story of English but The Stories of English; it looks at history in all its multifaceted glory (and also some parts that are not so glorious). David Crystal, the author of this book, is also hugely prolific on the topic of language, and in particular English. If you like his writing style, you can learn a lot more about language by checking out his bibliography (his Little Book of Language also makes a good introductory text).

For Learning About Other Languages’ History: Babel By Gaston Dorren

There are over 7,000 languages in the world, but the size of each varies drastically. In fact, Gaston Dorren calculated that if you wanted to be able to communicate with about half of the world’s population, you’d need to master just 20. In Babel, Dorren looks at each of these 20 languages — which come from all over the world — and the stories behind them. While there’s only so much detail he can go into in a single chapter per language, the book is jam-packed with information, and it gives you a good survey of how different languages can be.

For The Origins Of Language: The First Word By Christine Kenneally

There is a first time for everything, which means that there must have been — at some point in history — a first word. In The First Word, linguist and journalist Christine Kenneally looks at a “new” field in linguistics that studies the origins of human language. She interviews a number of linguists who have done research on this topic and discusses some of the most fascinating studies. The result of the book is that there are a number of theories as to how language first came about. But if you’re looking for an actual “first word” you are likely out of luck. It’s more about the journey than the destination, anyway.

For The Intersection Of Language And Gender: Wordslut By Amanda Montell

As you can probably guess from the title being Wordslut, this is not your father’s linguistics book. It’s a radical but research-intensive look at how language and gender interact. Do women actually talk more than men? Why do people get so annoyed by vocal fry? Why do so many words that refer to women also happen to be horrific insults? Montell interviews experts in gendered linguistics to write this diatribe against sexism in language.

For The Intersection Of Language And Race: Talking Back, Talking Black By John McWhorter

John McWhorter is one of the most popular linguists working today, and he’s written books on a number of topics, as well as hosting Slate’s Lexicon Valley podcast. He knows a lot about a number of topics, but one of his primary research subjects is African American Vernacular English. In Talking Back, Talking Black, McWhorter looks at the historic treatment of Black English (hint: it’s not great), and argues for its wider acceptance. Black English, like any other dialect, is a fully developed form of communication, and any arguments against it are rooted in racism and discrimination. Language and race are far more intertwined than this one issue, but McWhorter provides a great entryway to learning more about this particular intersection.

For The Intersection Of Language And Power: Words Matter By Sally McConnell-Ginet

Can changing language change society? It’s a complicated question. Sometimes social justice movements get knocked for focusing more on language than on concrete change that matters to people. But Sally McConnell-Ginet argues in Words Matter that these linguistic choices are important. McConnell-Ginet says language can be a tool of the powerful, and demonstrates her point with relevant examples (this book came out in 2020, so you’ll probably be all-too-aware of most of them).

For A Classic Linguistic Tome: On Language By Noam Chomsky

There are very few linguists who ever reach the status of a household name. In fact, there may only be one: Noam Chomsky. He’s probably better known today for his political and philosophical views, but back in his youth he put forth the theory of universal grammar, which (put simply) is the theory that humans are born with an innate capacity for language. If you’re curious about his ideas, you can learn more in On Language, which collects two of Chomsky’s most popular works. It’s worth mentioning that linguistics is a rapidly changing field, and we know a lot more now than when Chomsky was working, but it’s worth reading his linguistics books because his ideas have had such a huge impact on linguists.

For Language On The Internet: Because Internet By Gretchen McCulloch

We’ve written about this book before, and we will continue to. Because Internet is one of the most fun linguistics books out there. It looks at how technology has shaped language, and how language has shaped technology, from the birth of the telephone to today. It also acts as a pretty good intro to linguistics as a whole, so even if you’re a beginner this book is readily understandable. It’s the kind of book where you’ll want to highlight facts on every page just to bring them up at the next cocktail party, and it will also make you more aware of how you’re using language on social media.

For A Look At How Dictionaries Work: Word By Word By Kory Stamper

It’s easy to forget that dictionaries are books made by people. They seem like immovable tomes, passed down by some linguistic overlord. Yet every single word and definition in a dictionary was made by a real person. In Word By Word, former Merriam-Webster lexicographer Kory Stamper takes you behind the curtains to show you how all of these word decisions are made. She also discusses the role dictionaries play in society, and what it truly means when a dictionary defines a word like “marriage.”

For The Philosophy Of Translation: Is That A Fish In Your Ear? By David Bellos

If you live in a largely monolingual society, you probably don’t spend much time thinking about translation. But the work of translation is central to making our global society function. In Is That a Fish in Your Ear?, David Bellos looks at all the various facets of translation. From the complex system of translation performed at the United Nations to the careful word choices made when translating a classic work like Madame Bovary, Bellos shows how translation is really more philosophical than it is a mechanical process of transforming one language into another.

For Fantasy Languages: The Art Of Language Invention By David J. Peterson

Who says linguistics books have to be about languages that already exist? If you, like many people, watched Game of Thrones, you probably heard the languages Dothraki and High Valyrian. Both of these constructed languages, or conlangs, were created by a single person: David J. Peterson. Should you find yourself asking how someone invents a language, you’re in luck. Peterson’s The Art of Language Invention not only gives you a behind-the-scenes look at his work on Game of Thrones and Thor, but also shows you how you can get started making your own. You might not be getting hired by any directors to work on their next sci-fi film, but making a conlang can be a fun hobby that teaches you quite a bit about how language works.

The post 12 Linguistics Books To Help You Learn More About Language appeared first on Babbel.