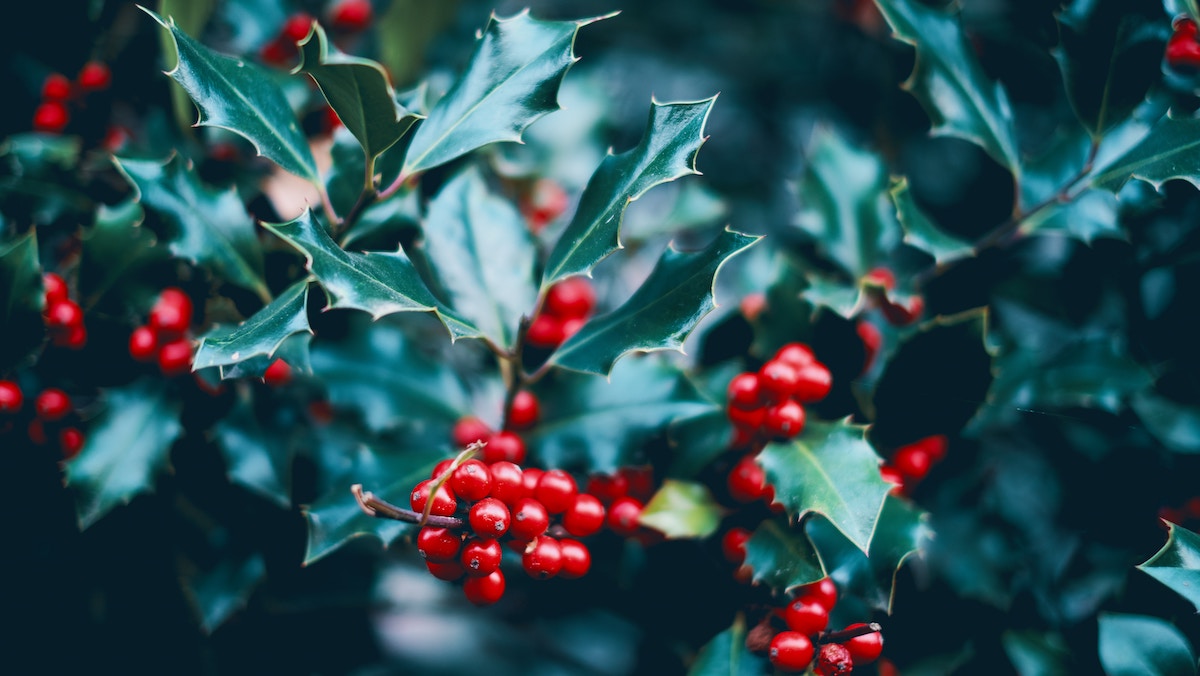 December 25th is widely recognized as the birth of Jesus, but the Winter Solstice is among the pagan holidays that have long been cause for celebration in various religions and mythologies, from the Roman worship of Mithras to British druidic ceremonies.

But rituals are fluid, often developing out of each other. New customs are continually emerging at the intersections of different cultures. Here are some of the pagan holidays and traditions that have all, in one way or another, influenced what we now think of as Christmas.

Pagan Holidays: The Birth Of Mithras

Mithras (also known as Mithra or Mythras) is a Roman god of war, often depicted as a man defeating a bull. He was the central figure in Mithraism, a Roman mystery religion that initiated new members into secret rituals and large occult celebrations.

Because of the secretive nature, much of their religion has been lost, and historians are still building a picture of what the sect practiced. However, we know that their celebrations reached their peak around the solstices, as Mithras was associated with the sun.

The rituals of the Mithras cult normally included an entrance exam of sorts, either in the form of questioning or a feat of strength. After the tests were passed, there was a massive feast.

In the Roman Empire, Mithraism was widespread among senior military officials, and these banquets were always extremely opulent — even today, archeologists discover silverware decorated with bull symbols in the secret rooms of Roman villas.

Saturnalia, which was celebrated by the Romans on December 17th, was an inversion festival of huge proportions, as slaves were served by their masters, and everyone’s door was open for everyone else. On the main square, the “Saturnalia Prince” or “Lord of Misrule” was crowned and given the duty of leading the festivities.

In this way, the Roman Solstice ritual had more in common with, say, Brazilian Carnival than most types of Christmas celebrations. But the outrageous costumes of Carnival pale in comparison to the wild celebrations of the Romans: Even the city’s laws were changed during Saturnalia to accommodate the festivities. All of this, of course, was done to honor the God of agriculture and wealth, Saturn.

The wild and crazy goings-on of Saturnalia continued more than 700 years after Saturn’s last appearance in mythology. Saturnalia was all about laughter, eating and drinking — a stark contrast to the cold and dark of the shortest day of the year.

In Old Frisian, the word jole (or jule) roughly translates to “circle.” This word is the origin of Yule, the festival wherein the ancient proto-Germanic peoples celebrated the new year. For them, the calendar was a circle, and the coldest and shortest day of the year, the Winter Solstice, was also the day the new year began.

Yule traditions varied from culture to culture, but once again we find one thing Yule has in common with other solstice celebrations: people celebrated the return of the sun and wished for joy over the remaining winter months. Yule was a moment of hope and faith in the hardest months of the year. After all, we shouldn’t forget that surviving the cold months was a great deal harder before the advent of home heating!

Unsurprisingly, then, the current practice of lighting candles at Christmastime comes from Yule. Small villages would compete to become the brightest light in the darkness, lighting candle after candle. There were even lights hanging in the trees — possibly the origin of today’s Christmas tree.

Unfortunately, not much is known about ancient Yule traditions. This is due to a variety of factors. The ancient British and Germanic people had an oral history, so we have no record that survives today — what little we know comes from Roman and Greek written sources from the time. Of course, as the Romans slaughtered huge numbers of druids, knowledge of ancient religious practices died with them.

Yet, some traditions survived, like the practice of bringing evergreen boughs into the house to celebrate the green of nature — just as we decorate fir trees for Christmas today.

The post The Other Side Of Christmas: Pagan Winter Solstice Festivals appeared first on Babbel.