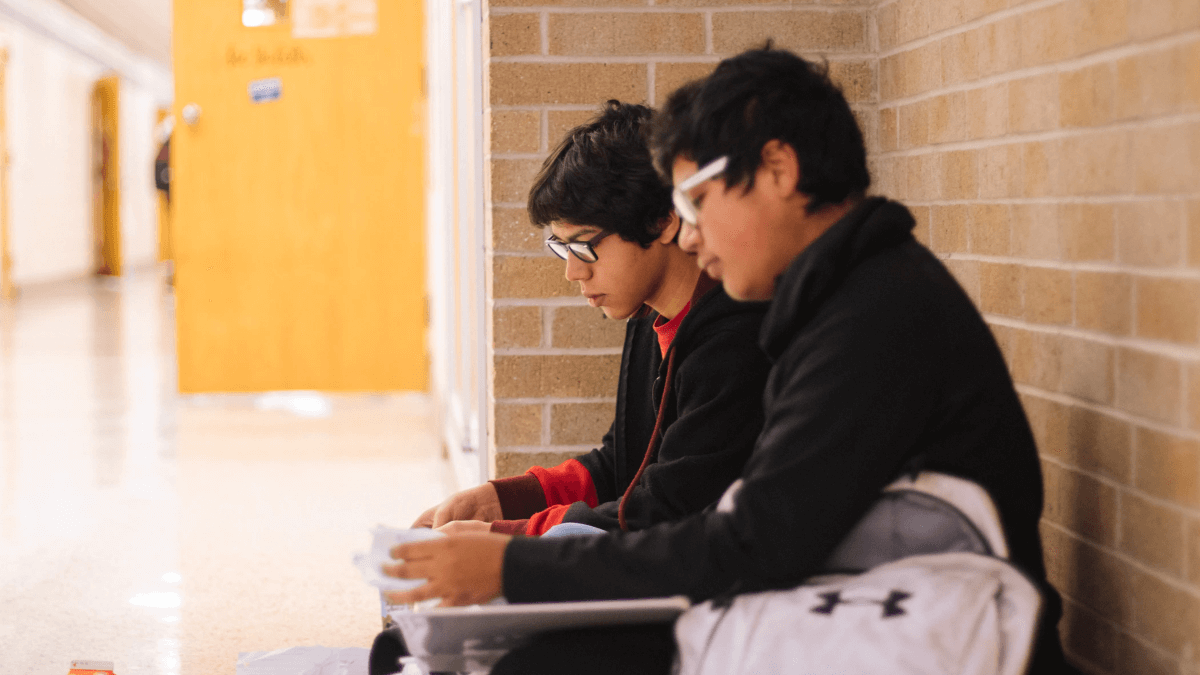 Time can easily be divided into three parts: the past, the present and the future. You can slot everything that’s ever happened and that ever will happen into one of those categories (well, maybe not, but we won’t go into the philosophical discussion of how time really works). This fact is reflected in language. When you describe an event, you place it somewhere in time. And the way that language does this is by using tenses and aspects.

When you learn your native language as a child, you probably don’t think too much about tenses or aspects. You didn’t need to know what the Continuous Perfect aspect was — you just learned by doing. When learning a second language, though, it comes up over and over. The first time you run into these terms, it will almost definitely be confusing, so it may be helpful to break down all the important terms to know when you’re learning about tenses and aspects in a new language.

For the sake of simplicity, the examples we’ll use below will all be in English. But it’s important to know that each language deals with tenses and aspects differently. Mandarin Chinese, for example, does not conjugate verbs at all, and expresses time and aspect in different ways. And English, as you’ll see below, doesn’t have a conjugation to express an action that happens in the future. This article is a glossary to help you understand the basics so you can more quickly understand how tenses and aspects work in non-English languages.

How Does English Show Tense And Aspect?

Before we look at all the tenses and aspects, it’s good to look at the three main ways that English represents them. You’ve been using them your whole life, but you’e probably never stepped back to really consider how they work.

The primary verb in a sentence is the one that tells you what the action is, like running, jumping, shopping and so on. An auxiliary verb is another verb in the sentence that gives you more information about when, how and if that action is being done, like “Samantha was running” or “Ira will be shopping.” For tense and aspect, the most common auxiliary verbs are was, were, had, have, is, am, will and be. You’ll see how all of these come into play with specific tenses and aspects below.

A tense specifically refers to when an action occurred, and it will always fall into past, present and future. This sounds very straightforward, but it can get more complicated as you factor in aspects. For this section, though, we’ll just look at the simplest versions of each.

Example: John went to the store.

In English, the simple past tense is almost always indicated by the conjugation of the verb. The rule is usually to add -ed to the end (“John loved,” “They walked,” “I deconstructed”), but as the example above shows, there are also many irregular verb forms. The most obvious reading of this is that in the past, John went to the store once.

Example: John goes to the store.

Like the past tense, English usually shows the simple present by conjugating the verb depending on who is doing the action (“John loves,” “They walk,” “I deconstruct”).

Example: John will go to the store.

The English language, believe it or not, does not have a conjugation for the future tense. There is no “John goeth to the store” to mean that he will one day. To make up for it, English uses an auxiliary verb: “will” (“John will love,” “They will walk,” “I will deconstruct”).

Aspects are a little more complicated. “Aspect” refers to the duration and completion of an action, no matter when that action happened or happens. In English, tense and aspect are very entwined, so for each aspect we’ll show how it combines with tense.

The perfect aspect is probably the most confusing, perhaps because the word “perfect” doesn’t convey what it really means. The perfect aspect simply refers to an action that is completed (it’s sometimes called the “complete aspect”), such as “John has walked the dog.” The easiest way to know if something is in the perfect tense in English is that the word “has,” “have” or “had” makes an appearance, and the main action verb is in the past tense.

Note: the past perfect is sometimes called the “pluperfect.”

If the “perfect” aspect means that an action is complete, the “imperfect” aspect means that it is not. This can mean either that the action is ongoing (“Mira is walking”) or that it happens more than once (“Mira walks daily”). Some languages lump these two together (Spanish and French, for example), while others separate them (English). We’ll look at them one at a time.

The continuous aspect means that an action is ongoing, whether it happened in the past, the present or the future. It is almost always marked by adding the ending -ing to the action verb. But because the action verb takes the -ing, that means the tense needs to be shown with an auxiliary verb, which changes depending on who is doing the action. For the past tense it’s “was” or “were”; for the present it’s “is,” “am” or “are”; and for the future it’s “will be.”

To show the habitual aspect in English, you almost always need to add an adverb. The one exception is the habitual past, which can also be represented using “used to,” as in “John used to go to the store.”

Tenses and aspects can interact in much more complicated ways. Take, for instance, the sentence “Miranda said that she would have had to have been going to fight one day.” Fortunately, humans can barely parse this sentence, so examples that are so complicated rarely arise.

Once you’ve got a handle on the basic tenses and aspects in a language, it’s just a matter of combining them together. It might be tricky at first, but you’ll get the hang of it.

The post What Are Grammatical Tenses And Aspects? appeared first on Babbel.