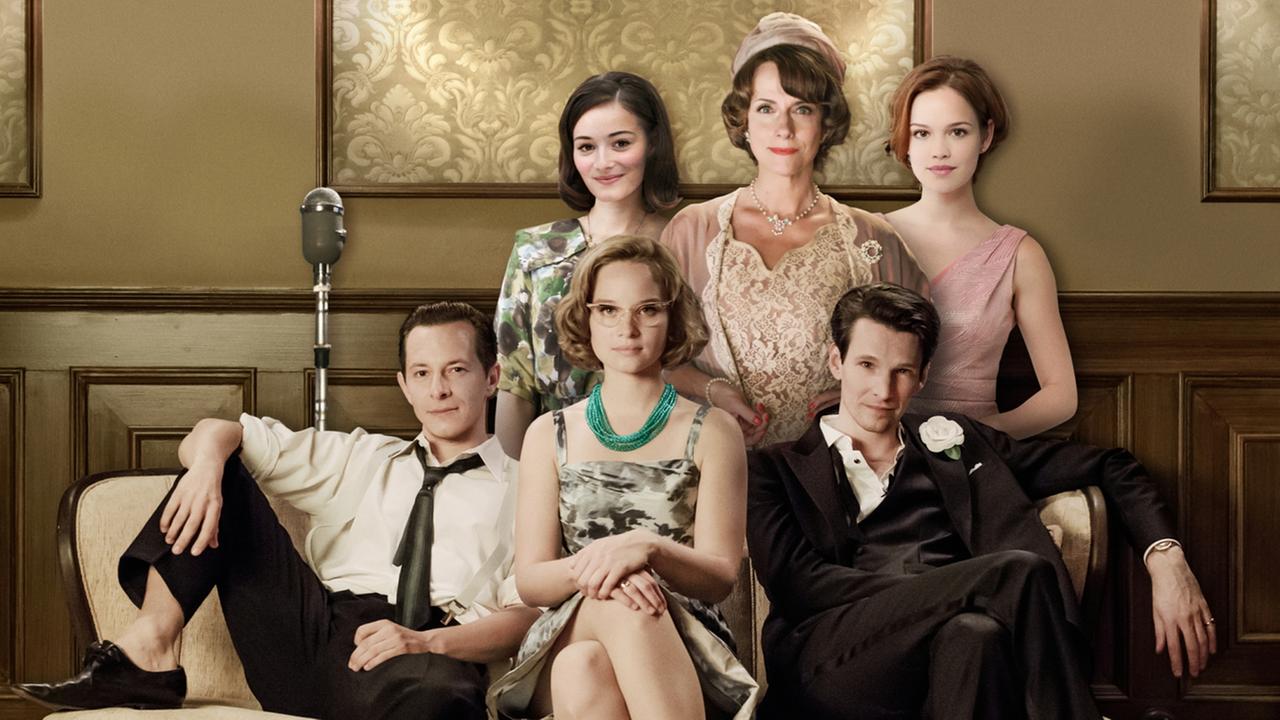 Watching Netflix is a great way to improve your German. Sure, podcasts are good, but they require active listening. TV shows, on the other hand, have visual cues that can help you understand what’s being said even if you can’t grasp every single word or even sentence. So you can just lean back and munch on popcorn while leveling up your language skills.

There are other advantages of using TV shows to supplement your language learning; they give you an insight into how people really speak, acquaint you with different regional dialects and accents, and inform you about the culture of the country. Convinced?

Read on for our five favorite Netflix shows – available now for at least six months — that you can watch now to to improve your German skills.

This show is over-the-top trash. So why are we recommending it? Well, some things are so bad that they become good again. Dogs of Berlin falls into this category.

The ten-part drama revolves around the murder of a Turkish-German football player. It features neo-Nazis, shady bookies, gangsters, riots, and a nail-biting football match which involves fingers being chopped off. Suffice to say, there is never a dull moment.

Pro-tip #1: Turning on the subtitles in German can help you understand the words being spoken in different dialects and accents.

From a language-learning perspective, the show will attune you to the Berlin dialect or “Berliner Schnauze” where people say “wat” instead of “was”, and “jut” instead of “gut.” Plus, it will give you a wide range of colloquialisms, slang, and curses to add to your vocabulary.

If you like your crime shows to be more grounded, calmer, and psychological, Criminal Germany is for you. The crime series takes place entirely in the interrogation room. It features a new crime each week, so every episode can be watched as a standalone. This is ideal for those of you who don’t want to commit to yet another series, especially in another language.

However, you might end up committing anyway, since this is one of the most meditative shows to watch on Netflix right now. If all those scenes with big crowds and no social distancing are giving you anxiety, Criminal Germany will feel like a soothing balm for your brain. The show is fitting for our strange times. It is sparse, with few characters, even fewer settings and hardly any showy gimmicks. Stories unravel mostly through dialogue, which is especially good for language learners.

Pro-tip #2: In order to increase your concentration, try turning off the subtitles altogether. This will improve your listening skills.

As you can imagine, pulling off such a minimal approach requires good acting and this show is a great way to get acquainted with some of Germany’s best talent, such as Sylvester Groth (who also stars in that other German Netflix drama Dark), Florence Kasumba (Black Panther) and Peter Kurth (Babylon Berlin).

For extra points, try watching Criminal France, Criminal UK, and Criminal Spain. While they are all based on the same premise, they play out in the original languages of their respective settings. See if you can detect the subtleties of difference in the mannerisms, intonations and cultural preoccupations between these European countries.

If crime is not your thing, how about a period drama? Kudamm 59 is a three-part series that is set in West Berlin and centres around a mother’s attempt to marry off her three daughters. It’s a great study of German society at this time, covering everything from gender politics to the ghosts of Nazism.

Pro-tip #3: A cool way to build a wide vocabulary is to keep a notepad next to you and write down five words that you don’t understand in each episode. After you’ve finished watching the show, look up the words and write down their meanings.

The time between the end of the war and what became known as Germany’s economic miracle is a very interesting period in German history — one that is often overlooked by mainstream stories that focus on either Nazism or Communism. But the best thing about this series (and let’s face it, all period dramas) is the costumes and set design. Oh the pastel colours, the wallpapers, the hats and dresses and teacups and carafes! It’s a vintage lover’s dream.

We are the Wave

This is another show that draws from the deep well of German history. It’s based on the 1981 novel The Wave by Todd Strasser, which was later made into a film (also available on Netflix). We are the Wave is about a group of teens fighting against neo-fascism, and deals with questions of environmentalism, populism and late capitalism. Yes, that’s a lot of “-isms” and the series is certainly not shy of tackling big ideas.

Pro-tip #4: If watching an entire episode in another language makes your head hurt, try watching them in ten minute segments. This will keep the activity fun and engaging. And if you hit pause whenever there’s a cliffhanger, you’ll be excited to pick up where you left off the next day.

Although the story is set in the fictional city of Meppersfeld, there are clear parallels between this dystopian world and our current reality. It’s a great Netflix show to watch if you appreciate German socio-political commentary, stylistic production, and dramatic storytelling.

Okay, enough of the past, what about the future? How about a techno-thriller set at university featuring lots of neon? Welcome to the world of Biohackers.

Mia Akerlund is a medical student at the University of Freiburg. Together with her friends, she becomes involved in the world of genetic experimentation, or biohacking. It’s not all neon fun and games; the show highlights the perils of scientific experimentation. The story also has high emotional stakes, with Mia trying to avenge her brother’s death as well as protect her friends.

One of those friends is Chen-Lu, played byJing Xiang, who speaks at 100 miles per hour. Perfect for honing your listening and understanding skills for situations when people speak really, really fast at you.

Pro-tip #3: If the dialogue is too fast for you, adjust the playback speed on Netflix to 0.75 or even 0.5 to slow everything down.

With so many great German-language shows on Netflix, learning a language and gaining insight into local cultures has never been more easy or fun. Don’t worry if you don’t understand everything to begin with; once you start watching shows in German you’ll quickly get used to it. Have a great, binge-worthy start to the year.