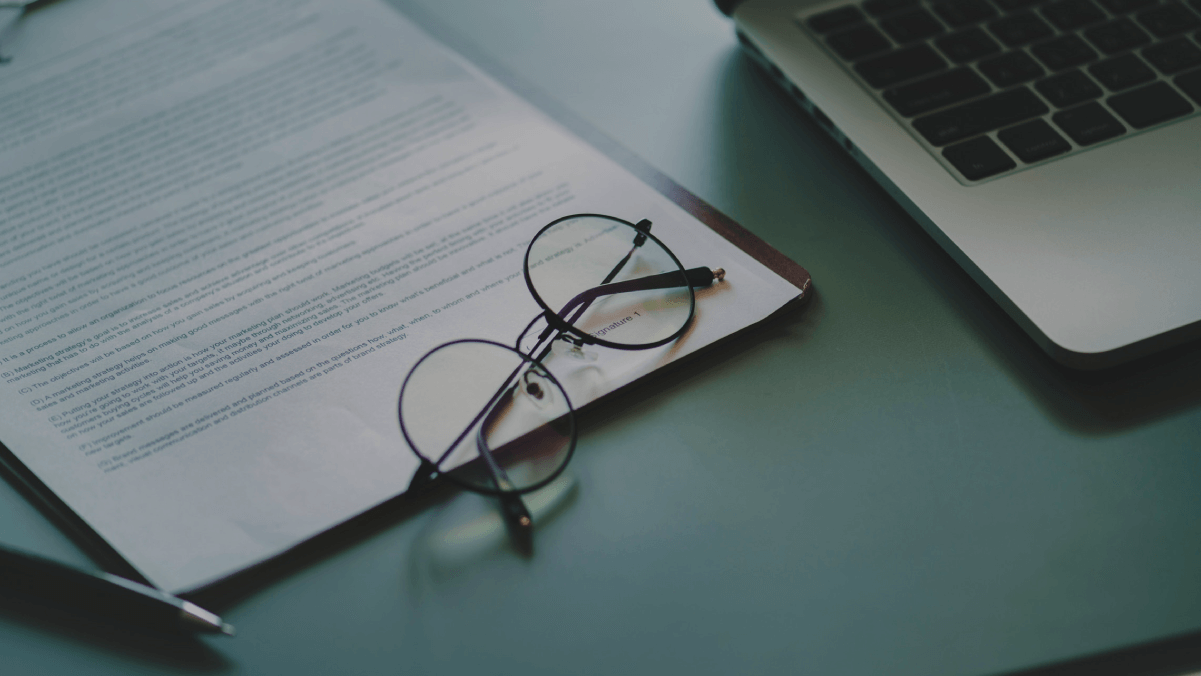 Can you own a word? There are plenty of things that make sense to trademark, like a brand name or a logo, but you enter a more contentious territory when you get into trademarked words. After all, people use words, so how can you own them? No one is going to charge you $5 for saying “Google” aloud, and other words are just unavoidable.

For many companies, that hasn’t been a deterrent. Thanks to the intricacies of the law, there are now a number of trademarked phrases. So, what does trademarking words mean?

What Is A Trademarked Word?

Depending on where you live, the process for owning trademarked words can be very different, as each country has its own laws. For simplicity’s sake here, we’ll focus on the United States, where all trademarks are dealt with by the U.S. Patent and Trademark Office.

Let’s say I start an imaginary company. I’ll call it Funny Bear Industries, and I make stuffed bears. Once my company has been started, I automatically own “Funny Bear” as my trademark, even if I haven’t submitted paperwork to anyone. There are a few constraints, though. First, I’ll need to make sure all of my marketing materials say “Funny Bear

” to make it clear that it’s my trademark. Second, the trademark only applies within my geographic region and within my discipline. Someone could start a company in another part of the country called Funny Bear without infringing on me, and my next-door neighbor could start a company called Funny Bear, as long as they don’t also make stuffed bears.

To extend the trademark, I would register it with the U.S. Patent and Trademark Office. Once I do that — if it’s accepted — I become the only stuffed bear company in the United States that can be called Funny Bear. I would also get a new symbol, becoming Funny Bear®. Also, I could trademark a slogan. Thus I could be Funny Bear® The Silliest Bears You Ever Did See®. That slogan might be hard to trademark if my bears aren’t actually the silliest, however.

Once these words are trademarked, that means they are protected under the law from misuse. Other companies can’t call themselves Funny Bear, and no one else can claim to have the silliest bears you ever did see. If they are used by other companies, it would be my responsibility to sue them. When large companies sue small companies — Facebook sued a company called Teachbook, for example — the small companies will often back down to avoid hefty legal fees. Other times, there can be long legal battles. Apple Corps (the company that owns the Beatles’ music) entered a decades-long fight with Apple Computer starting in 1978, and it didn’t end until 2007. The final decision was that there was no infringement because they offer different services.

Can Any Word Or Phrase In The World Be Trademarked?

You can certainly attempt to register any trademarked words you want, but that doesn’t mean the trademark will be accepted. Coca-Cola can’t trademark the word “soda,” because that is just a dictionary word for the product.

There are five categories of words that can be trademarked:

What Phrases Have Companies Tried To Trademark?

There are a lot of trademarked words out there, most with uninteresting stories. Obviously, no one can call their company Microsoft, or Facebook, or anything else like that. The whole process can be a bit more contentious, however, when more common words and phrases are trademarked. Here are just a few phrases that people have tried — either successfully or not — to trademark.

If you watch a commercial during the Super Bowl, you’ll notice that none of them actually mention the Super Bowl. You might hear “the big game” or some iteration like that, but companies can’t actually say what they’re referring to in advertisements. This isn’t that surprising, because they’re major enterprises, but it’s still pretty funny when you notice the lengths advertisers go to in order to avoid saying “Super Bowl.” It should also be noted that trademarks don’t extend to “informational” uses of the words, so journalists can still call the sporting events by their name.

If you remember the mid-2000s, you may remember the TV show The Simple Life starring famous rich people Paris Hilton and Nicole Richie. On this show, Paris Hilton made “That’s Hot” her catchphrase. She said it so much, in fact, that she successfully sued Hallmark for putting the phrase on the card. And she’s not alone. Other trademarked words that are catchphrases include Olympic swimmer Ryan Lochte’s “Jeah” and chef Emeril Lagasse’s “Bam!”

In 2015, the romance novel Cocky Bastard by Penelope Ward and Vi Keeland become very popular, and in doing so set off a trend of “Cocky” books. The author Faleena Hopkins was part of this trend, writing a series of books — The Cocky Series — that all had names beginning with Cocky. Think Cocky Cowboy, Cocky Roomie, Cocky Mother’s Day and on and on. Hopkins stood out because she successfully applied for a trademark so that she was the only one who could write romance novels with the word “Cocky” in the title. This set off #CockyGate.

Hopkins was not a very well-known author, but once she got the trademark, other authors were suddenly forced to change their novels’ names. She also got a second trademark for the word “Cocky” in a specific font, which is apparently something you can do. This understandably really peeved many people, who are now trying to get the trademark overturned for being too generic. Why is “cocky” such a popular word in romance novel titles? Use your imagination.

Day Of The Dead

The most recent trademarked words case that enraged people comes from Disney. In 2013, Disney wanted to trademark the phrase “Day of the Dead” and the Spanish version “Día de los Muertos” for its upcoming Disney-Pixar film. Which would’ve been fine, if the Day of the Dead were not an important Mexican holiday that is celebrated by many, many people. It would kind of be like a major foreign corporation attempting to trademark “Memorial Day.” The trademark was unsuccessful, and Disney released the movie by the name of Coco in 2017. And thanks to the backlash, Disney took a number of steps to increase its cultural sensitivity. Still, you have to wonder what they were thinking.

You’re probably already aware that a number of phrases we use are based on company names. You Google® things on the internet, you use a Kleenex® when you sneeze, you have Velcro® on your clothing. Then there are trademarked words and phrases where it almost seems morally wrong that they’re owned by someone.

Take Popsicles®, which is owned by Good Humor. When a company called the People’s Popsicles was started in 2008, they were sent a cease-and-desist and forced to change all references to “popsicles” to either “pops” or “ice pops.” And this is only one of many extremely common trademarked words: Kitty Litter®, Frisbee®, Post-It®, Coke®, Band-Aid® and many, many others are words used by companies. This won’t really affect you at all unless you are starting a company, but it’s weird to think about how much language is owned by companies.

When trademark words becomes commonly used, this process is known as genericization. Sometimes, a trademark can even be lost because a word becomes too common, as is the case with the words “escalator,” “trampoline” and “heroin.” The last one was a trademark of Bayer, but they’re probably not too sad about no longer being connected with it. When the trademark is lost, it’s called “genericide.” And maybe that’s for the best. Trademarking words is important, because it keeps companies from stealing each other’s ideas. But sometimes, it’s better if a word is just a word, free to be itself.