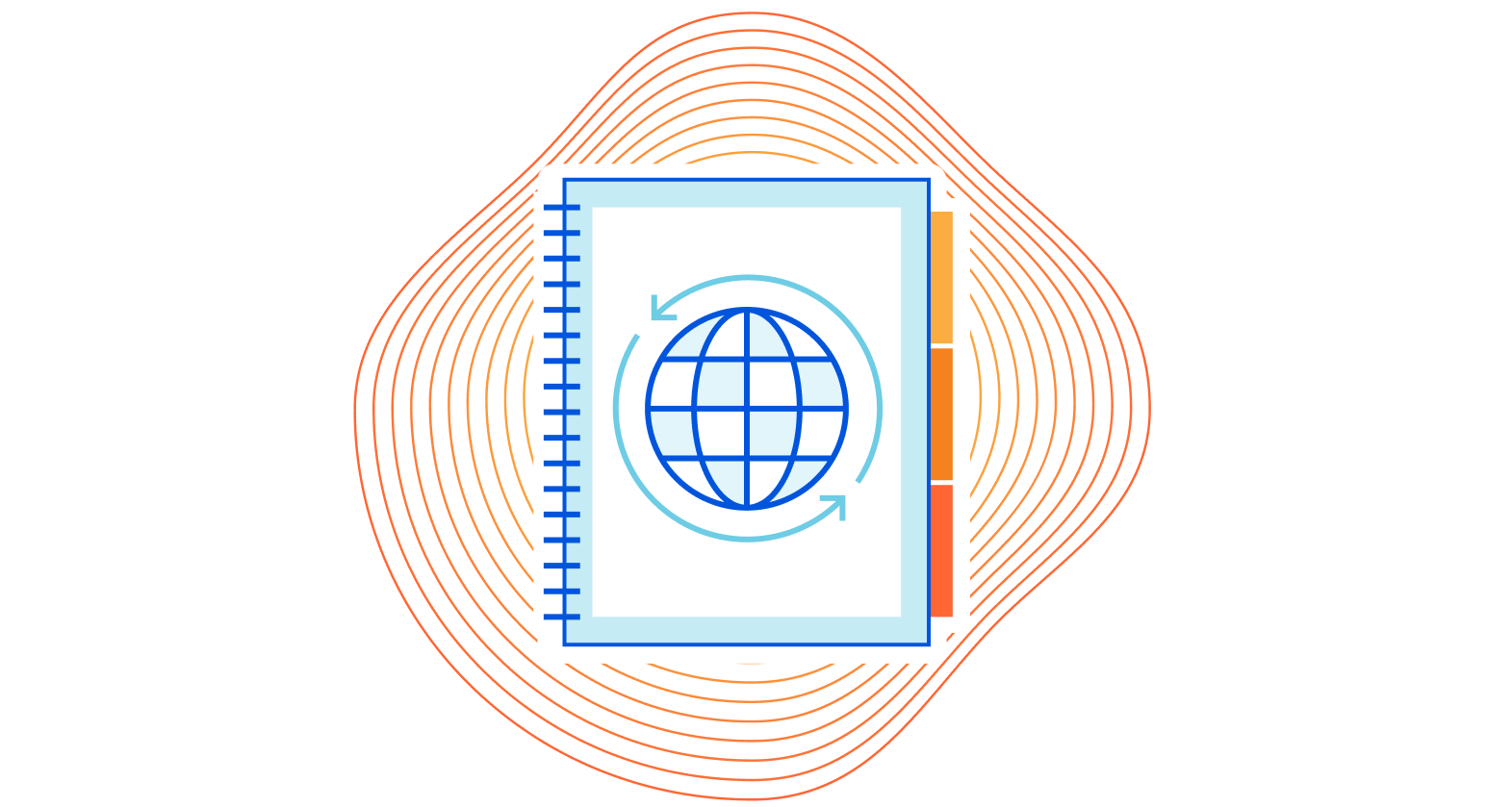 Over the past year and a half, Cloudflare has been hard at work moving our back-end services running in our non-edge locations from bare metal solutions and Mesos Marathon to a more unified approach using Kubernetes(K8s). We chose Kubernetes because it allowed us to split up our monolithic application into many different microservices with granular control of communication.

For example, a ReplicaSet in Kubernetes can provide high availability by ensuring that the correct number of pods are always available. A Pod in Kubernetes is similar to a container in Docker. Both are responsible for running the actual application. These pods can then be exposed through a Kubernetes Service to abstract away the number of replicas by providing a single endpoint that load balances to the pods behind it. The services can then be exposed to the Internet via an Ingress. Lastly, a network policy can protect against unwanted communication by ensuring the correct policies are applied to the application. These policies can include L3 or L4 rules.

The diagram below shows a simple example of this setup.

Though Kubernetes does an excellent job at providing the tools for communication and traffic management, it does not help the developer decide the best way to communicate between the applications running on the pods. Throughout this blog we will look at some of the decisions we made and why we made them to discuss the pros and cons of two commonly used API architectures, REST and gRPC.

Out with the old, in with the new

When the DNS team first moved to Kubernetes, all of our pod-to-pod communication was done through REST APIs and in many cases also included Kafka. The general communication flow was as follows:

We use Kafka because it allows us to handle large spikes in volume without losing information. For example, during a Secondary DNS Zone zone transfer, Service A tells Service B that the zone is ready to be published to the edge. Service B then calls Service A’s REST API, generates the zone, and pushes it to the edge. If you want more information about how this works, I wrote an entire blog post about the Secondary DNS pipeline at Cloudflare.

HTTP worked well for most communication between these two services. However, as we scaled up and added new endpoints, we realized that as long as we control both ends of the communication, we could improve the usability and performance of our communication. In addition, sending large DNS zones over the network using HTTP often caused issues with sizing constraints and compression.

In contrast, gRPC can easily stream data between client and server and is commonly used in microservice architecture. These qualities made gRPC the obvious replacement for our REST APIs.

Often overlooked from a developer’s perspective, HTTP client libraries are clunky and require code that defines paths, handles parameters, and deals with responses in bytes. gRPC abstracts all of this away and makes network calls feel like any other function calls defined for a struct.

The example below shows a very basic schema to set up a GRPC client/server system. As a result of gRPC using protobuf for serialization, it is largely language agnostic. Once a schema is defined, the protoc command can be used to generate code for many languages.

Protocol Buffer data is structured as messages, with each message containing information stored in the form of fields. The fields are strongly typed, providing type safety unlike JSON or XML. Two messages have been defined, Hello and HelloResponse. Next we define a service called HelloWorldHandler which contains one RPC function called SayHello that must be implemented if any object wants to call themselves a HelloWorldHandler.

Once we run our protoc command, we are ready to write the server-side code. In order to implement the HelloWorldHandler, we must define a struct that implements all of the RPC functions specified in the protobuf schema above. In this case, the struct Server defines a function SayHello that takes in two parameters, context and *pb.Hello. *pb.Hello was previously specified in the schema and contains one field, Name. SayHello must also return the *pbHelloResponse which has been defined without fields for simplicity.

Inside the main function, we create a TCP listener, create a new gRPC server, and then register our handler as a HelloWorldHandlerServer. After calling Serve on our gRPC server, clients will be able to communicate with the server through the function SayHello.

Finally, we need to implement the gRPC Client. First, we establish a TCP connection with the server. Then, we create a new pb.HandlerClient. The client is able to call the server’s SayHello function by passing in a *pb.Hello object.

Though I have removed some code for simplicity, these services and messages can become quite complex if needed. The most important thing to understand is that when a server attempts to announce itself as a HelloWorldHandlerServer, it is required to implement the RPC functions as specified within the protobuf schema. This agreement between the client and server makes cross-language network calls feel like regular function calls.

In addition to the basic Unary server described above, gRPC lets you decide between four types of service methods:

Not all HTTP connections are created equal. Though Golang natively supports HTTP/2, the HTTP/2 transport must be set by the client and the server must also support HTTP/2. Before moving to gRPC, we were still using HTTP/1.1 for client connections. We could have switched to HTTP/2 for performance gains, but we would have lost some of the benefits of native protobuf compression and usability changes.

The best option available in HTTP/1.1 is pipelining. Pipelining means that although requests can share a connection, they must queue up one after the other until the request in front completes. HTTP/2 improved pipelining by using connection multiplexing. Multiplexing allows for multiple requests to be sent on the same connection and at the same time.

HTTP REST APIs generally use JSON for their request and response format. Protobuf is the native request/response format of gRPC because it has a standard schema agreed upon by the client and server during registration. In addition, protobuf is known to be significantly faster than JSON due to its serialization speeds. I’ve run some benchmarks on my laptop, source code can be found here.

As you can see, protobuf performs better in small, medium, and large data sizes. It is faster per operation, smaller after marshalling, and scales well with input size. This becomes even more noticeable when unmarshaling very large data sets. Protobuf takes 96.4ns/op but JSON takes 22647ns/op, a 235X reduction in time! For large DNS zones, this efficiency makes a massive difference in the time it takes us to go from record change in our API to serving it at the edge.

Combining the benefits of HTTP/2 and protobuf showed almost no performance change from our application’s point of view. This is likely due to the fact that our pods were already so close together that our connection times were already very low. In addition, most of our gRPC calls are done with small amounts of data where the difference is negligible. One thing that we did notice — likely related to the multiplexing of HTTP/2 — was greater efficiency when writing newly created/edited/deleted records to the edge. Our latency spikes dropped in both amplitude and frequency.

One of the best features in Kubernetes is the NetworkPolicy. This allows developers to control what goes in and what goes out.

In this example, taken from the Kubernetes docs, we can see that this will create a network policy called test-network-policy. This policy controls both ingress and egress communication to or from any pod that matches the role db and enforces the following rules:

NetworkPolicies do a fantastic job of protecting APIs at the network level, however, they do nothing to protect APIs at the application level. If you wanted to control which endpoints can be accessed within the API, you would need k8s to be able to not only distinguish between pods, but also endpoints within those pods. These concerns led us to per RPC credentials. Per RPC credentials are easy to set up on top of the pre-existing gRPC code. All you need to do is add interceptors to both your stream and unary handlers.

In this example code snippet, we are grabbing the username, password, and requested function from the info object. We then authenticate against the client to make sure that it has correct rights to call that function. This interceptor will run before any of the other functions get called, which means one implementation protects all functions. The client would initialize its secure connection and send credentials like so:

Here the client first verifies that the server matches with the certFile. This step ensures that the client does not accidentally send its password to a bad actor. Next, the client initializes the perRPCCreds struct with its username and password and dials the server with that information. Any time the client makes a call to an rpc defined function, its credentials will be verified by the server.

Our next step is to remove the need for many applications to access the database and ultimately DRY up our codebase by pulling all DNS-related code into a single API, accessed from one gRPC interface. This removes the potential for mistakes in individual applications and makes updating our database schema easier. It also gives us more granular control over which functions can be accessed rather than which tables can be accessed.

So far, the DNS team is very happy with the results of our gRPC migration. However, we still have a long way to go before we can move entirely away from REST. We are also patiently waiting for HTTP/3 support for gRPC so that we can take advantage of those super quic speeds!