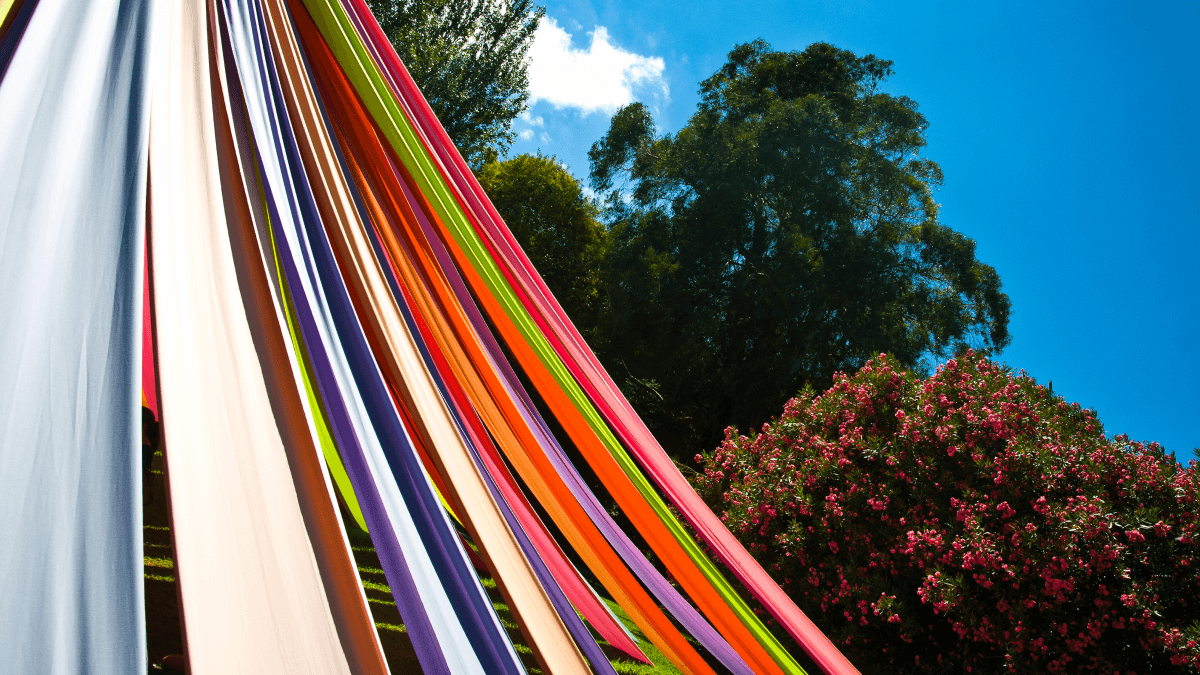 May Day represents many different things, depending on where you are in the world. In much of Europe, it’s a festival of spring, ushering in the warmer weather and marking the midpoint between the vernal equinox and the summer solstice. In Africa, Asia, South America and also certain parts of Europe, it’s a day of protest that recognizes the work of previous labor movements while continuing to push for the expansion of workers’ rights.

If you live in the United States or parts of Canada, however, you might only be vaguely aware of this holiday. If anything, “mayday” is just something you yell when your plane is falling out of the sky. There are a few reasons for this, and it all ties into the very complicated history of May Day.

The Origins Of May Day

Like so many other tenets of European culture, May Day enters recorded history in Rome. Starting as early as the second century CE, the Romans observed Floralia, a weeklong celebration of Flora, the goddess of flowers. It was mostly related to agriculture, with festivities including the release of livestock, along with dancing and theater.

Some of the modern traditions can be traced back to Floralia, but there’s also a mixture of other European holidays that happened around the same time. On April 30, the ancient Celtics observed Beltane, which is technically a celebration of fire and fertility but also marked the beginning of the cattle-grazing season. Beltane is essentially the sibling of the November 1 holiday Samhain, the Celtic holiday that ushered in the winter and inspired a few of the traditions around modern-day Halloween. Another holiday that appeared in the ninth century — this time in Germanic countries — was Walpurgis Night, honoring Saint Walpurga. This day, too, was based in agriculture. In the 19th century, the Catholic church also decided to make May Day an official day in which people celebrate the Virgin Mary.

All of these commingling celebrations explain why May Day is celebrated differently depending on where you are. There are a few common ways to celebrate — dancing around a maypole with ribbon, the crowning of a May Queen — but each culture has a unique way of honoring the middle of spring.

May Day’s Connections To Workers’ Rights

May Day’s labor history can be traced all the way back to…well, April. April 21, 1856, that is. It was on that day that stonemasons in Australia marched on the Parliament House, demanding one of the most revolutionary ideas of the labor movement in the 19th century: an eight-hour workday. It was the latest in the string of moves by the Eight Hours League, which had been pushing for a shortening to the workday.

This march successfully launched negotiations, and was a major win for the Eight Hour Day movement (though it was still six days of work a week, which is more than the current average). To celebrate, there was a victory march on May 12, which was repeated annually.

The Australian Eight Hours League was an important factor in the formation of the labor holiday, but to get to May Day itself you have to jump over a couple oceans and continents, all the way to Chicago, Illinois. Eleven years after the victory of the Eight Hour League in Australia, Illinois had passed a law instituting the eight-hour workday there. There was a problem, though: it wasn’t being enforced. Employers would make their workers waive their right to an eight-hour day in order to secure employment. A group called the Federation of Organized Trades And Labor Unions decided to organize protests to push for better enforcement, and declared May 1, 1886, to be a day of protest. On that day, 80,000 workers marched in Chicago.

The protests didn’t end on the first day, though. On the second day, there was another nonviolent march in Ohio. But on the following day, a protest at a harvesting machinery plant in Chicago became confrontational, and police fired on the protestors, killing two workers. The labor movement planned a meeting for the following evening, May 4, to protest what had happened, and that too became violent. An unknown person threw a bomb at police, who retaliated, and by the end seven police officers and at least four civilians died.

The event — called the Haymarket affair, or the Haymarket riot or Haymarket massacre — became a flashpoint for the labor movement. Anti-labor forces used the event to crack down on unions across the country in the days after the affair. Eight anarchists were arrested — seven of whom were sentenced to death — and they became martyrs for the pro-labor movement. It’s from this violent history that May Day emerged.

Why May Day Isn’t Celebrated In The United States

Seasonal-change May Day is mostly not celebrated in the United States because it was never really made part of American culture. While some early immigrants did bring over the traditions — and you can certainly find some communities celebrating the holiday in the United States — it was mostly lost to the ongoing pressure to assimilate to the new country. One big exception is Hawaii, where they’ve celebrated Lei Day since 1927. While the name of the holiday is a clear reference to European May Day, Lei Day is a celebration of the past and present of the Hawaiian islands, as well as the aloha spirit.

The reasons the labor-focused May Day isn’t really celebrated in the United States is a bit more complicated. Three years after the first May Day, a delegate from the United States traveled to Paris, France, for the Second International, a group of socialists and pro-labor parties from a number of different countries. The delegate, Raymond Lavigne, proposed that May 1 be named International Labor Day, to remember those who had died for the movement in 1886. The group formally recognized the day for the first time in 1891, and more countries started to recognize the holiday.

The purpose of this new international labor day, according to those who created the day, was to stop working for a day and actively protest for workers’ rights. Just a few years later, the first May Day riots occurred, when workers in Cleveland, Ohio, protested against the government’s response to rising unemployment. There was a second set of May Day riots in 1919 when socialists — primarily in Cleveland, Ohio, but also in a few other cities — protested a number of things, including the imprisonment of Socialist politician Eugene V. Debs. It’s unclear why violence broke out, but police suppressed the protesters and two civilians were killed, along with dozens of injuries and arrests.

Toward the middle of the 20th century, May Day became increasingly important to communist and socialist countries. The holiday was being celebrated in many parts of the world — it had been adopted across Europe, Africa, South America and Asia — but it was particularly seized upon by Marxist-Leninist governments because of their focus on labor. The connection between communism and May Day during the Cold War led the United States to distance itself from the holiday.

May Day was essentially suppressed in the United States. In 1947, May 1 was declared Loyalty Day. In 1961, the American Bar Association successfully lobbied to have it also declared Law Day. Neither of these are official holidays, as nobody gets the day off, but they contributed to the weakened influence of May Day. May Day isn’t entirely forgotten in the United States, however. Various groups have attempted to bring back the day of protest, from Latinx immigrants to the Occupy Wall Street movement.

If you travel to other parts of the world on May 1, however, you’re pretty likely to see some sort of celebration. Whether it be labor protests or a festival for the rites of spring, it’s an important day across cultures.

The post What Is May Day? appeared first on Babbel.