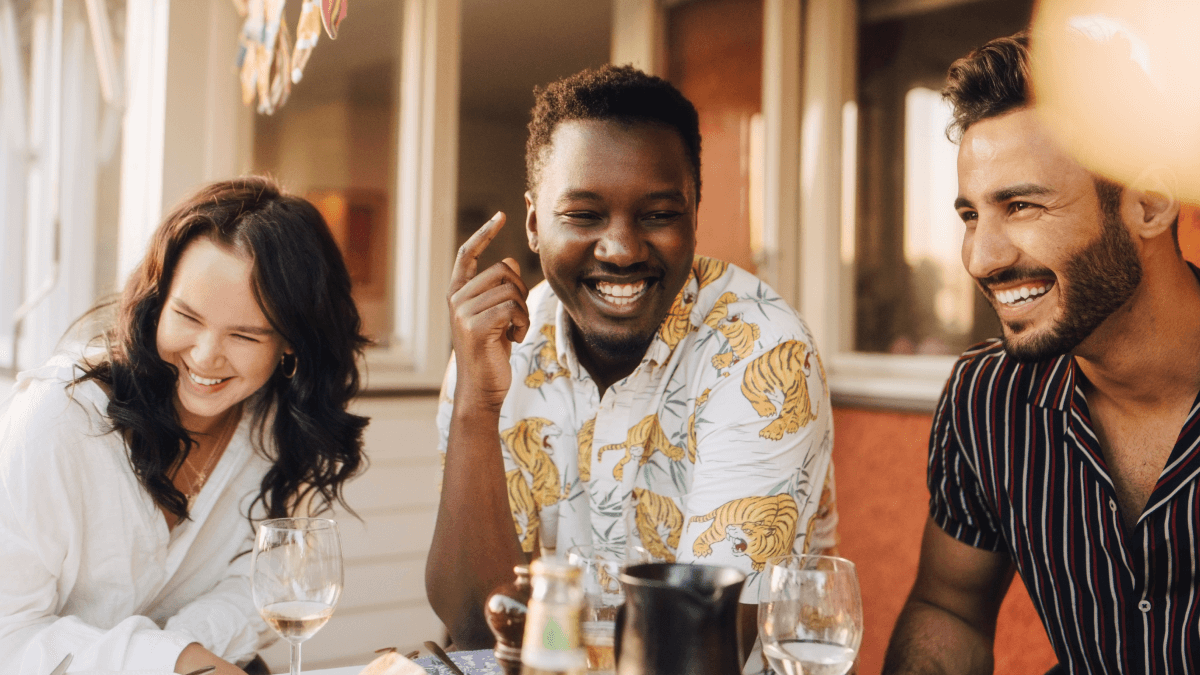 No language is a monolith. If you travel around the world and you only talk to English speakers the whole time, you’ll hear countless variations on the same language. You don’t even need to travel, really; even within a single area, accents can be affected by class, race, age and a number of other sociological factors. And yet, if you turn on the television, things seem homogenous. News anchors and actors all over the United States sound pretty much the same. This has led some people to claim that mass media is connecting us so well that the various ways of talking are starting to merge. Are regional accents disappearing in the United States?

Everyone has an accent. It’s probably best to get that out of the way first, because one of the most common misconceptions about accents is that it’s possible to speak without one. “Accent” refers to the way a person pronounces words, and so talking without an accent would be like writing without a font. When we ask “Are accents disappearing?” then, there’s no question as to whether the concept of accents as a whole is somehow fading away. What we’re actually wondering is whether the diversity of accents is decreasing.

This question is somewhat difficult to answer. Humans are so varied and spread out that pinpointing a single overall trend risks oversimplifying matters. And before we can get to the question of whether accents are disappearing, we have to know why there are so many accents to begin with.

Where Do Accents Come From?

It’s a general rule that the longer a place is settled by people who speak a language, the more accents there will be. You can hear this play out in the United States.  One dialect map put together in 2003 at Long Island University splits the eastern United States into over a dozen accents, while the west has just a handful.

This trend might seem a bit counterintuitive. You could think that once a region is settled, all of the accents would start to mix together and reach a stable equilibrium. But accents are far trickier than that. In fact, they’re pretty random. That doesn’t mean “random” like the way people used to say “Ugh, he is so random.” It’s random as in accents change without the speakers ever really noticing it.

One example of this is a recent development in American English: the Northern Cities Vowel Shift. You may have heard before of the Great Vowel Shift, which were a series of pronunciation changes that occurred from the 15th to the 18th centuries, resulting in English vowels sounding very different than they did. Part of the reason English spelling is so misleading sometimes is because the pronunciation changed but the letters didn’t. The Northern Cities Vowel Shift is doing the same thing, except instead of happening hundreds of years ago it’s occurring now in parts of Michigan, Wisconsin, New York, Illinois and Ohio. Research has found that since at least the 1930s, people in these states — starting mostly in the cities, because dense populations tend to breed language change — have started pronouncing vowels differently.

The Northern Cities Vowel Shift, which is only one of many pronunciation shifts happening in the United States, shows two things. First, accent changes are unpredictable. There’s no evolutionary reason that the vowels are shifting, they just are because that’s part of how human language has always worked. Second, that accents are still shifting and changing today, which means that English will never become fully homogeneous. That doesn’t mean accents aren’t possibly disappearing, but it does mean we’ll never become a nation of newscasters.

Yet we can’t ignore the movement toward the generic newscaster accent, which is sometimes called General American. What’s important to note about this accent is that it’s defined not by what features it has but the features it lacks. It doesn’t have the drawl of the south, the r-lessness of New York or the vowels of the midwest. General American is kind of like the average of all the other accents in the United States (while also being most closely associated with white, upper middle-class men). When we talk about a disappearing accent, we mean that it loses its distinguishing features, meaning it becomes more and more like General American. Figuring out if accents are disappearing means finding a linguistic regression toward the mean.

Looking At The Data

You can find lots of anecdotes about accents disappearing if you look, but this isn’t necessarily the best evidence. Take, for instance, a 1960 article in the Eugene Register-Guard boldly titled “American Accents Disappearing.” Declaring the end of accents is kind of like declaring the end of the world. Someone does it every few years, and yet we’re still here breathing. A better way to look at the situation, then, is to look at what linguists are seeing.

First, let’s look at a state with one of the most famous American accents: Texas. The Texas accent — or, really, accents, because it’s such a large state it contains multitudes — is famed for its twang, its use of y’all and its connection to a romanticized vision of the Old West. Researchers at the University of Texas at Austin looked at the accent and found an unfortunate trend: the Texas accent seems to be shifting toward the norm. In the 1980s, about 80 percent of the Texan native students at the school had “traditional” Texas accents, but that’s shrunk down to around 33 percent in the past few years. It seems that many of the features that set Texas apart from the rest of the country are slowly fading, such as the pin-pen merger (where both words are pronounced like “pin”) and phrases like “might could.”

Other accents that really stand out in the United States are those found in cities like Philadelphia, Boston, Chicago and New York. And each of these, too, seem to be going away to some degree. At the very least, they’ve faded from their former prominence in the 20th century, and the people born in these cities are more and more likely to speak with a standard American accent.

And just to show that this isn’t solely an American phenomenon, let’s jump over the pond to England. There, an app put out by the University of Cambridge recorded people’s pronunciations of various words and compared them to a dialect map made in the 1950s. The findings were that over the past decades, pronunciations associated with the south — which tend to be considered the standard — started overtaking those in the north. It seems like in the United Kingdom, too, regional accents are in retreat.

Looking at these studies, things aren’t looking great for accents. And yet, there’s a little more to this story, because geography is only one piece to the accent puzzle. When you really look at why some accents look like they’re disappearing, you can get a clearer picture of what’s going on.

Why Are Certain Accents Disappearing?

Linguists seem to be pretty much in agreement that while there will always be multiple accents in the world, there are certain ones that are less prominent than before. And while some commentators blame television and mass media for this loss in linguistic diversity, that might be more of a symptom than a cause. There are a few interconnecting factors that have led to standard accents becoming more and more popular.

The first is increased mobility. Cities in particular attract people from all over the country and the world, and these shifting populations change the overall accent of the city. As mentioned before, accents flourish when a particular place is settled for long periods of time. When a settled region has people coming from other places, however, the accents shift and change. And in the United States, it shifts toward General American.

The effects of mobility are particularly pronounced in college, when people from all around the country come to the same place. In fact, people often change their accents in college, because it’s many people’s first time encountering a diversity of accents. Subconsciously or not, people’s accents tend to shift toward those around them to fit in.

This brings us to a few other factors in accent disappearance: class, race and education. When people refer to accents like the Boston accent or the Texas accent, they often don’t mention that these accents today are spoken mostly by white, working-class people. More and more, people who speak with distinctive accents have — subconsciously or not — been marked as uneducated. It’s a form of bias that is perpetuated in many ways, from people with southern accents being ridiculed in pop culture to people being explicitly taught to change their accent to “make it” in upper-class society. One editorial in Philadelphia Magazine went so far as to say it’s good the Philadelphia accent is going away because it might lead to a “higher degree of respect” for the city. It hasn’t always been the case, but being able to speak with a General American accent has become a prerequisite to getting many high-ranking jobs in the United States.

And yet, these factors might also mean that these accents are only shrinking, not disappearing. In a 2012 interview about the Chicago accent, linguist Michael Silverstein said, “You’re probably not going to hear the Chicago accent in an expensive high-rise downtown, but our last mayor [Richard M. Daley] had that accent, absolutely, because he was from Bridgeport, and (the accent) was part and parcel of his electability.” Silverstein points out an interesting contradiction in the Chicago accent. While he says there is accent homogenization among certain (generally upper-class) people, these regional accents are still around. And in some situations — like a mayoral candidate appealing to the working class — an accent can still be helpful, providing a different kind of prestige to the speaker.

Tying all this together is identity, which is the factor that has both eradicated regional accents for some people and kept it alive for others. While we sometimes think of accents as defined by the happenstance of where we’re born, this isn’t entirely true. Your accent can change subconsciously when you move and start to hang out with people who speak differently, and it can also consciously change. Accents tend to set into place in your teenage years, but there’s still flexibility. Plus, plenty of people code-switch between accents, speaking one way at their schools or jobs (perhaps using General American) and another way among their peers.

If an accent is important to someone’s identity — which it often is — then it’s far less likely to disappear. And so while many people are shifting toward General American to fit a specific ideal of education and class, others are sticking to their accents to show where they came from and who they are.

It’s only been in the past 70 years or so that accents have been rigorously studied. That might sound like a lot, but it’s only a drop in the bucket of humans’ linguistic history. No one knows for sure how English or any other language will be spoken 10, 100 or 1,000 years from now (if languages are even still around). But there’s one thing for certain: we all won’t speak the same way.

The post Are Regional Accents Disappearing In The United States? appeared first on Babbel.