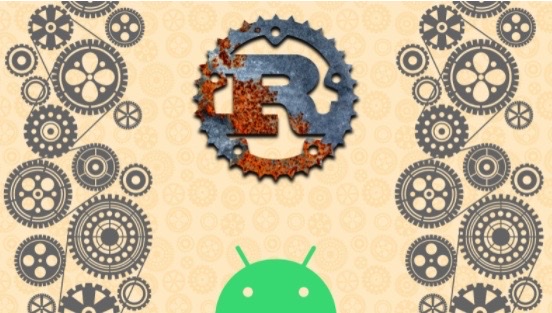 The Android team has been working on introducing the Rust programming language into the Android Open Source Project (AOSP) since 2019 as a memory-safe alternative for platform native code development. As with any large project, introducing a new language requires careful consideration. For Android, one important area was assessing how to best fit Rust into Android’s build system. Currently this means the Soong build system (where the Rust support resides), but these design decisions and considerations are equally applicable for Bazel when AOSP migrates to that build system. This post discusses some of the key design considerations and resulting decisions we made in integrating Rust support into Android’s build system.

A RustConf 2019 meeting on Rust usage within large organizations highlighted several challenges, such as the risk that eschewing Cargo in favor of using the Rust Compiler, rustc, directly (see next section) may remove organizations from the wider Rust community. We share this same concern. When changes to imported third-party crates might be beneficial to the wider community, our goal is to upstream those changes. Likewise when crates developed for Android could benefit the wider Rust community, we hope to release them as independent crates. We believe that the success of Rust within Android is dependent on minimizing any divergence between Android and the Rust community at large, and hope that the Rust community will benefit from Android’s involvement.

Rust provides Cargo as the default build system and package manager, collecting dependencies and invoking rustc (the Rust compiler) to build the target crate (Rust package). Soong takes this role instead in Android and calls rustc directly for several reasons:

For instances in third-party code where a build script is used only to compile C dependencies, we either use existing cc_library Soong definitions (such as boringssl for quiche) or create new definitions for crate-specific code.

When the build.rs is used to generate source, we try to replicate the core functionality in a Soong rust_binary module for use as a custom source generator. In other cases where Soong can provide the information without source generation, we may carry a small patch that leverages this information.

Why do we support proc_macros, which are compiler plug-ins that execute code on the host within the compiler context, but not build.rs scripts?

While build.rs code is written as one-off code to handle building a single crate, proc_macros define reusable functionality within the compiler which can become widely relied upon across the Rust community. As a result popular proc_macros are generally better maintained and more scrutinized upstream, which makes the code review process more manageable. They are also more readily sandboxed as part of the build process since they are less likely to have dependencies external to the compiler.

proc_macros are also a language feature rather than a method for building code. These are relied upon by source code, are unavoidable for third-party dependencies, and are useful enough to define and use within our platform code. While we can avoid build.rs by leveraging our build system, the same can’t be said of proc_macros.

There is also precedence for compiler plugin support within the Android build system. For example see Soong’s java_plugin modules.

Unlike C/C++ compilers, rustc only accepts a single source file representing an entry point to a binary or library. It expects that the source tree is structured such that all required source files can be automatically discovered. This means that generated source either needs to be placed in the source tree or provided through an include directive in source:

The Rust community depends on build.rs scripts alongside assumptions about the Cargo build environment to get around this limitation. When building, the cargo command sets an OUT_DIR environment variable which build.rs scripts are expected to place generated source code in. This source can then be included via:

This presents a challenge for Soong as outputs for each module are placed in their own out/ directory2; there is no single OUT_DIR where dependencies output their generated source.

For platform code, we prefer to package generated source into a crate that can be imported. There are a few reasons to favor this approach: