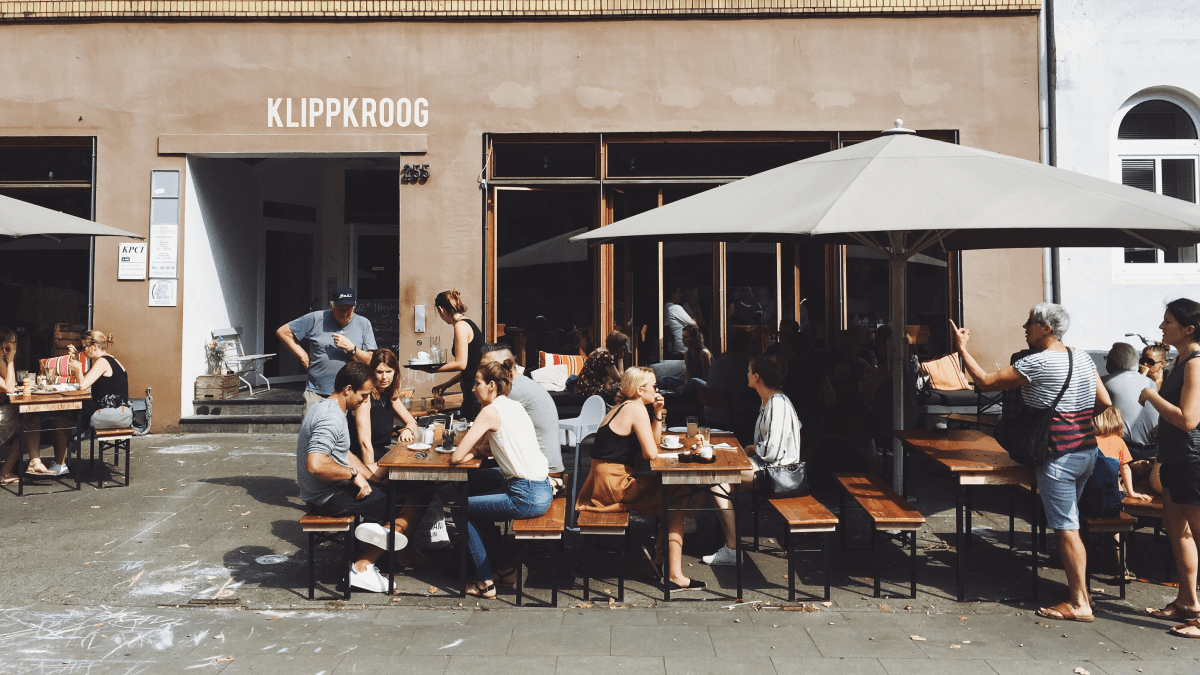 You might already know that the English language is related to German. This may have led you to think that German would be a piece of cake to learn, only to be shocked by how different the two are. The languages broke off from each other over a thousand years ago, and they’ve both changed quite a bit in the meantime. And yet, they still have some camaraderie, being descended from the Germanic family tree. And that might be why there are quite a few English words exported to German, and vice versa. But before throwing out German, it’s worth making sure you’re not accidentally saying German phrases native speakers never use.

What you should say in German: Krug, Humpen or Maß

While I can’t deny that Germans do love their beer (not me though, sorry, I’m a cider kind of gal), there are some misconceptions we should clear up about German beer-drinking culture.

Germans don’t really drink from Steins that much. In fact, there are all kinds of glasses in whimsical shapes and sizes depending on what kind of beer is served to you and in which region. Steins are more of a traditional thing, again, in the south of Germany.

But, to return to why this word is really in the list of German phrases native speakers never use: We don’t actually call the famous German beer vessel a Stein, as that means “rock” in German. Say Krug, Humpen or Maß instead. By the way, that funny “ß” at the end of Maß is not just a sloppy B. It’s called an SZ (pronounced like “ess-set”). The SZ is pronounced like a voiceless “s”, and it indicates that the preceding vowel should be pronounced with a long sound.

What you should say in German: Bratwurst

Many Germans love meat just as much as beer, and you will definitely be invited to a barbecue (“Grillparty”) at some point. But if you want to bring something, don’t go looking for brats at the supermarket — because that word doesn’t mean anything in German, it’s only the first part of the German word Bratwurst. If German speakers were to shorten it, they’d rather use the latter part of the word: Wurst. That goes for most shortened compound nouns, by the way. The last part of the word carries the core meaning.

What you should say in German: Reisefieber

Okay, so this word does exist in German, but it’s a bit outdated, and I personally always have the urge to sing 19th century folk songs about hiking every time I hear it. Modern Germans would most likely say Reisefieber (“traveling fever”).

As you can see from the monster translation provided above, the word Angst, though commonly used in German, doesn’t imply the same feeling of anxiety or depression as it does in English. Instead, Angst means genuine fear — of spiders, heights, clowns, choosing the wrong ice cream flavor in an extra-large cone and then having to eat all of it because you’re not gonna throw away that ice cream… you name it!

What you should say in German: mega-, super-, sehr

Before we get into the meaning of über, I would like to point out that the two little dots over the U are not just there for fun — even though they do kind of form a cute smiley face Ü. The two dots are called Umlaut dots, and they change the pronunciation of the vowels A, O and U. To master the pronunciation of Ü, round your mouth and make a little duck face while trying to say “eeeee.”

Okay, back to über. Some people in Germany do use “über-“ in the same way as in English, to mean “extra” or “super.” But it doesn’t sound very sophisticated. So be careful with that.

What you should say in German: super, toll and lots of regional variants

Yes, wunderbar is definitely a German word that means “wonderful,” so it’s not entirely correct to class this as one of the German phrases native speakers never use. But if you were to believe a lot of pop culture, you’d think Germans are running around saying this word all the time. That’s not really the case, though. Saying wunderbar in German might strike some people — especially young people — as calling something “the bee’s knees” in English.

Finding the right way to describe something as cool or good seems to be very tied to modern slang, it’s worth noting. One day calling something “groovy” is perfectly normal, and the next it’s a very ungroovy thing to do. If you want to keep up with the youths, you might want to eschew the German-English dictionary and talk to native speakers.

This word exists in German, but it does not mean what you think it means. In the German language, der Blitz is a noun and first and foremost means flash or lightning. I’ve never really heard it used to mean “fast,” except when it is being used to describe the military tactic of Blitzkrieg in WWII. With this connotation of war, it’s always slightly odd to hear the word Blitz in the context of “doing something very fast.”

You might also have used Blitz to describe doing something thoroughly, for example when you are blitzing the kitchen (thoroughly cleaning the kitchen), when you go to a bodyblitz (a gym class to properly work on your thighs and bottom) or just as the name of a paper towel brand (“for optimum shine”). The only way we use the word in this connotation when we say blitzeblank or blitzesauber — meaning a very clean surface, possibly even polished. We do not use Blitz as a verb in German.

What you should say: Dackel

While the old German word for the little furry sausages was indeed Dachshund (literally “badger dog”), it was replaced by the short and diminutive form, Dackel more than a century ago. Nowadays, most people probably don’t know that Dackel were originally bred to hunt badgers, so people won’t understand you if you use the old terminology.