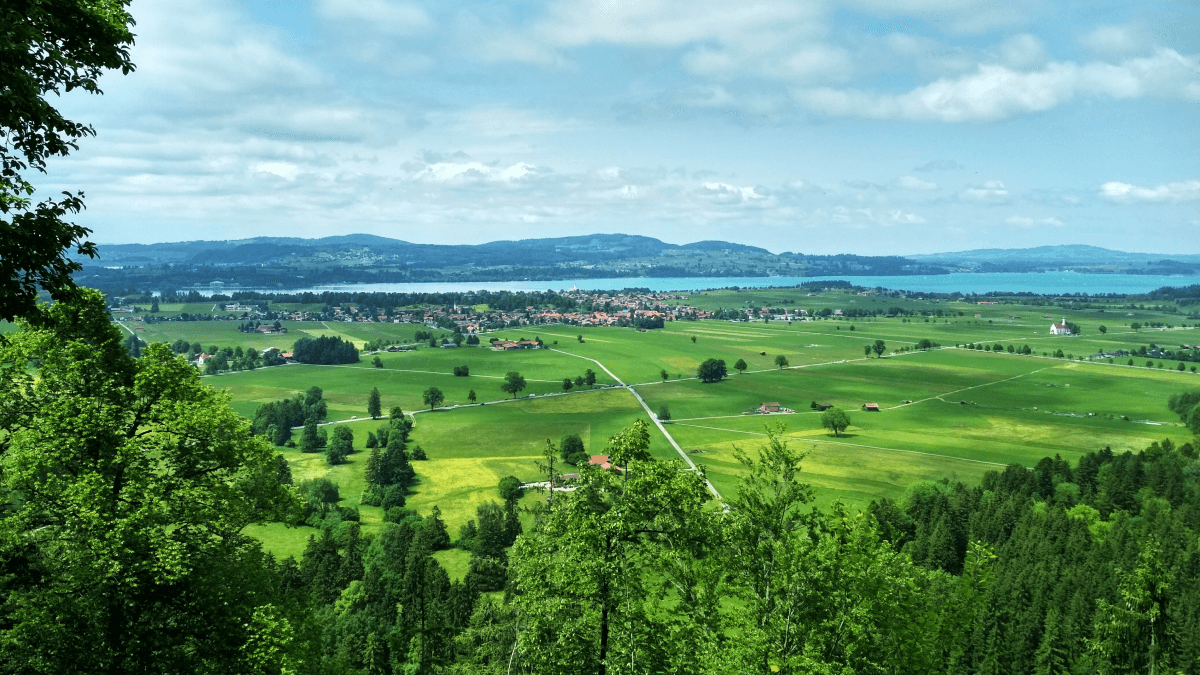 A language is more than a collection of words and grammar rules: it’s inextricably linked to the people who speak it. And while German is most strongly connected with the country that shares its name (you know, Germany), its speakers can be found around the world. Here we’ll explore how many people speak German, where it’s spoken and a little history of the language.

A Brief History Of The German Language

The first instances of the Proto-Germanic language were recorded when the Germanic people encountered the Romans in the first century BCE. At the time, Germanic was a massive group of mutually intelligible dialects in central Europe. It would later evolve into a variety of different languages, including English, Swedish, Dutch, Afrikaans and many others. At some point in the centuries following the Roman-Germanic meeting, Germanic split into North Germanic, which formed the basis of Scandinavian languages, and West Germanic, which later evolved into German, English, Scots and other languages.

The earliest evidence of Old High German, the West Germanic ancestor to modern German, comes from the Elder Futhark runes, which have been dated to the sixth century CE. Old High German was widely used between 750 to 1050 CE. The year 1050 CE marks the movement to Middle German, and the shift was mainly caused by changes in vowel pronunciation and grammar. It was at this point that German split from Old Saxon, which later went on to become the basis for Low German, a vernacular language spoken in northern Germany.

Middle German was when written German began to flourish, and it slowly replaced Latin in governmental and legal capacities. Historians disagree on exactly when the period of Middle German ended, but one estimate places it in the 16th century, arguing that publishing Martin Luther’s translation of the Bible led to the unofficial standardization of Modern German. It wasn’t until the 18th century, however, that a more official standardization of German appeared, ushering in German as it’s known today (with a few differences).

Where In The World Is German Spoken?

German is the sole official language of both Germany and Austria. It’s also one of the official languages of Switzerland, Belgium, Liechtenstein and Luxembourg. In addition, there are pockets of German speakers on every continent (yes, including Antarctica), so it’s a language spoken to different extents pretty much everywhere.

How Many People Speak German In The World?

How Many People Speak German In Europe?

Europe is, as you might expected, home to the greatest numbers of German speakers live. Germany has the most, with 79 million people who speak German in total. In Austria, where German is the only official language, basically the entire population of 8.9 million people speak the language, which is the Bavarian or Austro-Bavarian dialect of German. A huge part of Switzerland also speaks the language, with 5.2 million speakers of Swiss German, and an additional 292,000 speakers of standard German.

There are German speakers spread throughout most countries in Europe, though it faced expulsion in many places at the end of World War II. There are sizable German-speaking populations in the Netherlands (12 million), Poland (7.2 million), France (4 million), the United Kingdom (4 million), Denmark (2.8 million), Sweden (2.7 million), Belgium (2.5 million), Russia (2 million), Hungary (1.8 million), Czechia (1.6 million), Italy (1.6 million), Croatia (1.5 million), Slovakia (1.2 million) and Finland (1 million). German is one of 24 official languages for the European Union, and there are about 100 million people who speak it throughout Europe as a whole. After Russian, it’s the most-spoken language on the continent.

How Many People Speak German In North America?

Throughout North America, there are about 1.4 million German speakers. In the United States specifically, German has been on the decline for over a century now, from over 2 million in 1910 to only about 1.1 million now. Before World War I, it was the second most-spoken language in the United States but has fallen from that position, which is now occupied by Spanish. But German was popular in the country back then because of the huge number of German immigrants who came to the country in the 18th and 19th centuries.

Pockets of German settlers appeared all over the United States and Canada, and their culture is still prevalent in certain communities, such as the Pennsylvania Dutch and the last few Texas German speakers. Canada also has almost 400,000 German speakers, most of whom immigrated to the country in the 20th century.

How Many People Speak German In South America?

While there are many German-speakers in North America, there are even more in South America, with about 2.2 million in total. It’s primarily thanks to German communities that came to the Americas in the 19th century. Most countries have several thousand — Uruguay has 30,600, Paraguay 62,700, Ecuador 43,000, Chile 45,000 and Argentina 42,000 — but Brazil is the only one with a significant population, with 1.1 million speakers. Some countries, like Argentina, used to have many more German speakers, but numbers have dwindled (though there are millions of German descendants in the country).

The German-speaking populations in South America are usually highly condensed. In Brazil, almost all the Germans live in the southern region, where you can even find cities like Blumenau that look like exact reproductions of German culture. It’s likely South America still has flourishing German communities because there was less of a demand for assimilation when the immigrants arrived.

How Many People Speak German In Africa?

During the late 19th century, Germany, like many European countries, made colonialist land grabs in Africa. Germany was rather late to the game, however, and took comparatively less land than countries like France and the United Kingdom. The German colonial empire didn’t last long, either, because Germany was forced to give up its colonies at the end of World War I in 1918. The only country with a sizable number of German-speakers in Africa is Namibia, formerly called German Southwest Africa, with 39,300.

Other Places For German Speakers

Australia isn’t a continent known for its German-speaking population, but there are a few scattered communities. Australia (the country) has 79,400 German speakers, and New Zealand has 36,600.

Similarly, there aren’t many German speakers in Asia, with Thailand counting 11,100 on its census.

We won’t sugarcoat it — German isn’t one of the easiest languages for English-speakers to learn. But it’s also not one of the hardest. Who doesn’t love a little bit of a challenge?

German can also be a useful tool in a number of different situations. It’s one of the most commonly used languages in business and can be very useful in advancing careers. Because it’s so widely spoken in Europe, it’s also one of the best languages to learn before a European voyage.

When you learn German, you can read the Brothers Grimm in their original language or watch prestige German television. There are plenty more reasons to embrace German culture, and we encourage you to dive in language-first.

This article was originally published on May 3, 2018. It has been updated to reflect more recent data.

The post How Many People Speak German, And Where Is It Spoken? appeared first on Babbel.