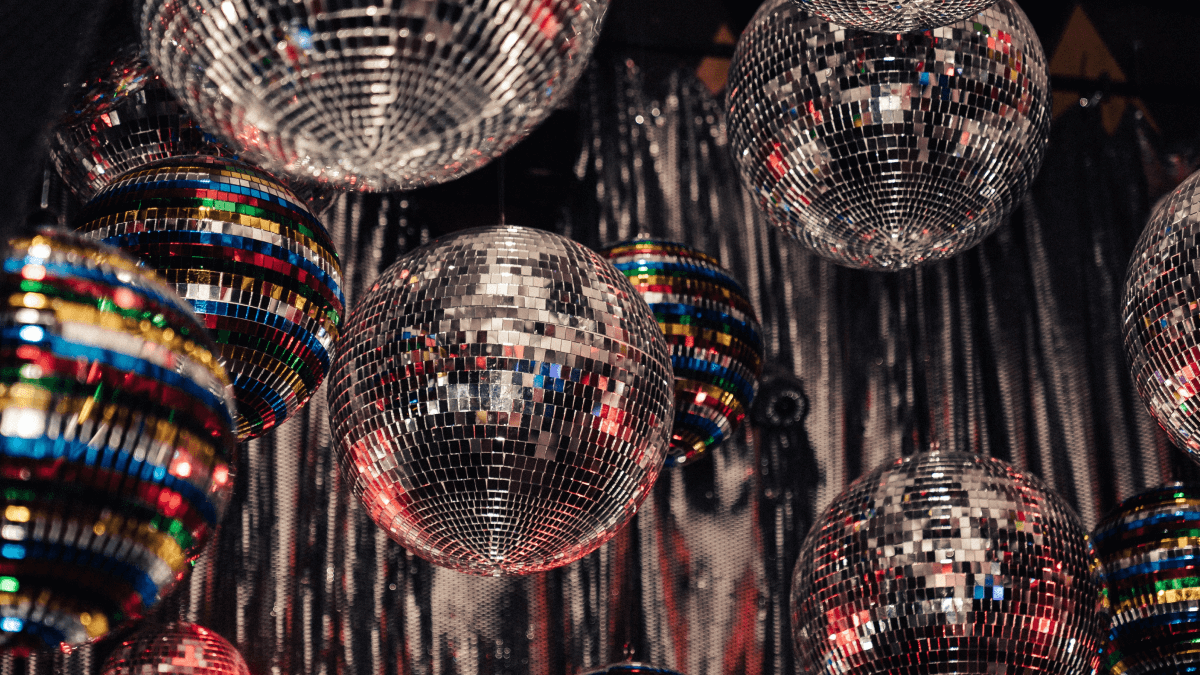 The 1970s started over half a century ago, and it’s a confusing era in hindsight. It was the decade of shag rugs, disco and fondue, and also the decade of Richard Nixon, Watergate and Apollo 13. From our vantage point in the future, we like to distill these years down to a few symbols and fads, but they’re far more complicated and contradictory than that. To really understand the 1970s, you have to look at the history from a number of different angles. One way to wrap your head around it is to look at 1970s slang.

A decade’s slang can give you a good idea of what people were concerned with at the time. It’s usually more revealing for younger people — who tend to be the ones who invent slang — but slang can come from anywhere. We collected some of the most important slang from the 1970s and dug into the story behind each phrase.

Citizens band radio is one of the forgotten fads of the 1970s. CB radio is a form of communication that allows people to communicate within relatively short distances (further than a walkie-talkie, not as far as regular radio). They came into use in the 1940s, though they were mostly used by hobbyists and local businesses. It wasn’t until the 1970s that their use really took off among a certain group of people who are still associated with CB radio today: truckers. During the gas crisis of the 1970s, truckers used the radios to organize and warn each other of speed traps.

The phrase “10-4 good buddy” comes from the sudden appearance of CB radios in pop culture. The first part, 10-4, is part of a CB radio code that uses numbers: 10-9 means “repeat message” and 10-20 means “what’s your location?” So “10-4 good buddy” was a way for truckers to say “OK, friend.” That is, until it caught on in movies and music. Eventually, “10-4 good buddy” became a giveaway that someone wasn’t a “real” CB radio user, but just a poser. Another example of CB radio speech leaking out is the question “What’s your 20?” meaning “Where are you?”

Admittedly, “brick house” doesn’t sound like a compliment. Perhaps that’s why “brick house” never became very widely used slang. It was mostly a part of African American Vernacular English, and was used to refer positively to a woman who is physically strong.

Unlike a lot of 1970s slang, “brick house” is interesting because it can be traced back almost entirely to a single source: the 1977 Commodores song “Brick House.” Bandmember Lionel Richie said the band came up with the song’s refrain by playing on a common simile, “built like a brick outhouse” (or the more common, more vulgar version, “built like a brick shithouse”). The idea behind this simile is that there’s no reason to build an outhouse out of brick when wood would suffice. The original phrase, which could refer to people of any gender, means that the person being described is very muscular.

The word “boogie” has become so synonymous with 1970s slang as to almost become a cliche. It generally means “to dance,” though you can also “boogie” from place to place. (Also, it’s very common to hear someone yell “Let’s boogie!”)  While it was in use beforehand, the word may have been fully pushed into mainstream language by the 1973 single “Boogie Down” by Eddie Kendricks.

Boogie might bring one kind of music to mind for you, but it’s been tied to many different styles. It’s shortened from “boogie-woogie,” a style of blues music that can be traced back to the 1870s in Black communities but didn’t catch on in the wider American music scene until the 1920s. Later, “boogie-woogie” was shortened to “boogie” in reference to boogie rock, a 1960s style of blues rock that built on the earlier boogie-woogie. The use of “boogie” to dance originally referred to dancing to boogie rock specifically, but it became associated with disco in the 1970s.

If you were thinking of a food item to epitomize “cool,” your first thought might not be beans. And yet the phrase caught on in 1970s slang and has become an uncool way to say something is cool since.

The origin of this phrase is a little murky, however. Some lexicographers have pointed out that beans make an appearance in other phrases, like “some beans,” “spill the beans” and so on, and so it might just be a generic extension of that. Others have pointed out its use in the stoner comedy of Cheech and Chong, so perhaps “beans” is somehow a code word for “drugs” (though there’s not much evidence). Whatever its source, by the end of the 1970s it had become decidedly uncool, becoming a catchphrase of a Full House character in the 1980s.

Meaning: someone who is out of it

The first moon landing was on July 20, 1969, and so the 1970s began with the country in a fervor about space. And yet, this phrase is a little more earthbound. It was used to refer to people — usually people who did drugs — who were disconnected from reality.

The word “space cadet” first appears not in official government documents, but in a 1948 sci-fi novel by Robert A. Heinlein titled Space Cadet. The word entered the sci-fi canon as a way to refer to a lower-ranking member of a futuristic space force. The protagonist of Heinlein’s novel isn’t a drug user or anything. And yet, the collision of drug culture and the space race in the 1960s led people to draw connections between the two and gave birth to “space cadet,” “spacey” and “spaced out,” all referring to someone high on drugs. In the decades since the phrases became popular, they have lost their overt drug connotations, and now a “space cadet” is more of a daydreamer than someone who smokes a lot of weed.

Meaning: the government, the forces in power

How do you get revenge on all the governmental, patriarchal, systemic forces keeping you down? You stick it to the Man. The 1960s and 1970s were both times of protest, especially as the inhumanity of the Vietnam War became more widely known to the public. There were so many targets for young people’s anger that it became easier to combine them all into the single, non-specific entity of the Man.

The first use of the Man appeared before this particular period of protest, however. It was used to express the idea of “the boss” all the way back in 1918, and it expanded from there. Anyone from prison wardens to presidents could be the Man, and in the 1950s it was also code for “police.” In 1969, the word was sung in the Creedence Clearwater Revival song “Proud Mary,” and it was used to describe the actions of the countercultural Young International Party (often called the Yippies). While it entered the 1970s as a headline, however, it left it as a punchline. By 1979, the anti-war movements were ridiculed for their drug use, sexual politics and style, and railing against the “Man” was considered naive.

You might think that joke phrases are a relatively new phenomenon. And there are probably more now than ever before, thanks to the proliferation of the internet turning certain sayings into memes. Joke phrases are older than the internet, though, and their spread is at least as old as radio. “Well, excuse me” is just one example that made it into 1970s slang. Please note, you have to put the long emphasis on “excuse” to make it “Well, ex-CUUUUUSE me.”

And the source of this meme? An up-and-coming comedian in the ‘70s named Steve Martin. His delivery of the “well, excuse me” line on his first comedy album became so iconic it essentially became his catchphrase. It made the leap to widespread use, though, when Martin used the line on another icon of the 1970s: Saturday Night Live. People have said “excuse me” for hundreds of years, so it takes a powerful comedian to turn it into a linguistic meme.

The post The 1970s Slang Phrases That Defined The Decade appeared first on Babbel.