The summer is firmly in the rearview mirror now, meaning the 2021 GSoC overview series is coming to an end. While the third post in the series looked at the Curve and Knife tool projects, this fourth and final post will go through the two GSoC projects dealing with the realm of physics and simulations, closing out this tetralogy with an (adaptively simulated and accurately visualized) bang. More specifically, we will be looking at the “Adaptive Cloth Simulator” project by Ish Bosamiya and the “Display simulation data for rigid bodies and cloth” project by Soumya Pochiraju.

You Can Keep Your Hat On

First up is the “Adaptive Cloth Simulator” project by Ish Bosamiya, with mentors Sebastian Parborg and Sebastián Barschkis. This was not Ish’s first GSoC rodeo, with the student participating in the 2019 edition, laying the groundwork for this year’s project by also working on adaptive cloth simulation. However, the initial plan of simply refactoring the 2019 code and pushing through with the project was dropped when Ish realized how far the general Blender code-base had evolved since then. This led Ish to completely rewrite the project from the ground up, laying up the groundwork for a potential merge with master.

As a result, Ish came up with a new mesh structure and implemented changes to the cloth modifier to become a non-deform modifier storing the previous frame, all efforts to implement new static and dynamic remeshing algorithms. 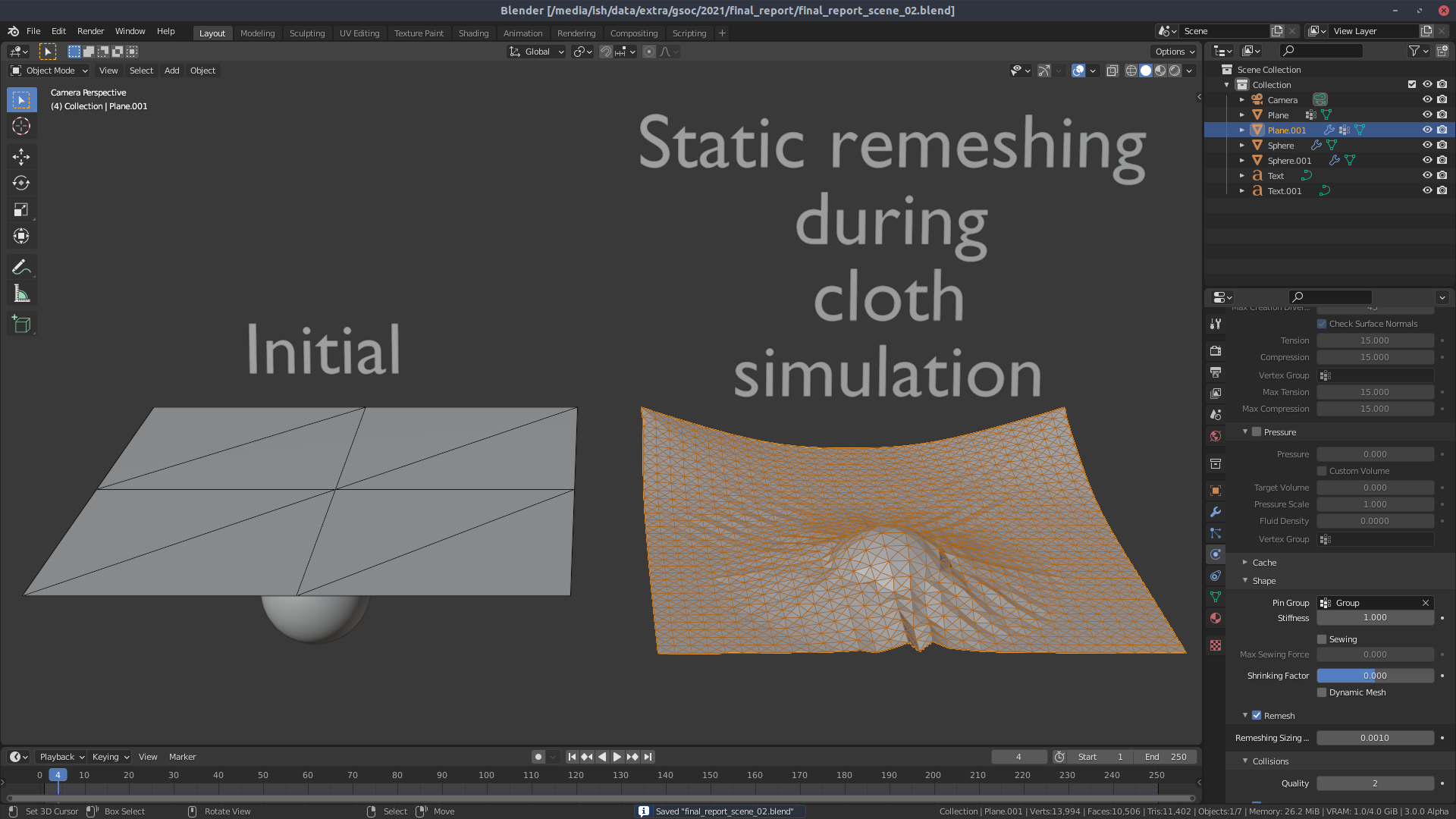 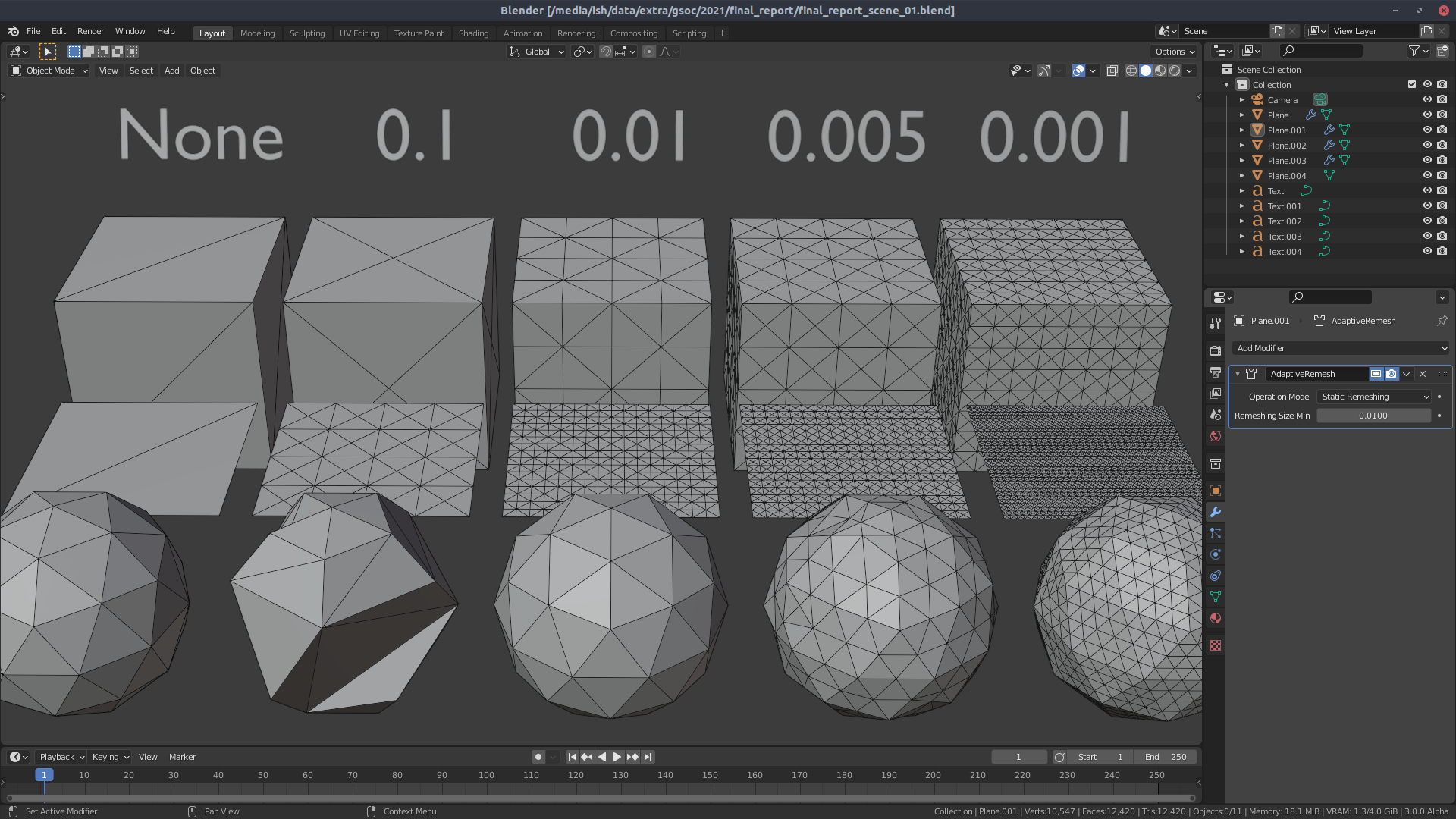 Ish continued working beyond the initial ten weeks allocated to the GSoC on Dynamic remeshing and Sewing features based on user feedback. Learn More. Ish built a standalone Mesh Analyzer tool to aid with the development work over the GSoC period. Learn More.

Show Me the Magic

Soumya Pochiraju ‘s project aiming at providing visual debugging tools that would be a great addition for physics work in Blender was also mentored by the two Sebastians. Over the summer, Soumya managed to implement displays for all the data mentioned in the initial proposal save for cloth springs, on account of time. This leaves the project with an impressive roster of new visualizations, which we will go through below.

The frame of the collision shapes lights up if an object collided with something within the past timestep. Learn more.

Keep in mind that all GSoC projects are developed in separate branches, meaning that all these features have not necessarily been merged with master. The ultimate landing (or not) of these patches lies in their overall quality and in the GSoC students’ motivation to pursue development and maintenance of their work beyond the GSoC weeks.

This is it for this year’s overview series. It’s been a pleasure covering what has proved to be an exceptional GSoC year, with a majority of the projects hitting their proposed goals and landing in master.

Find out more on these two projects on the links below: