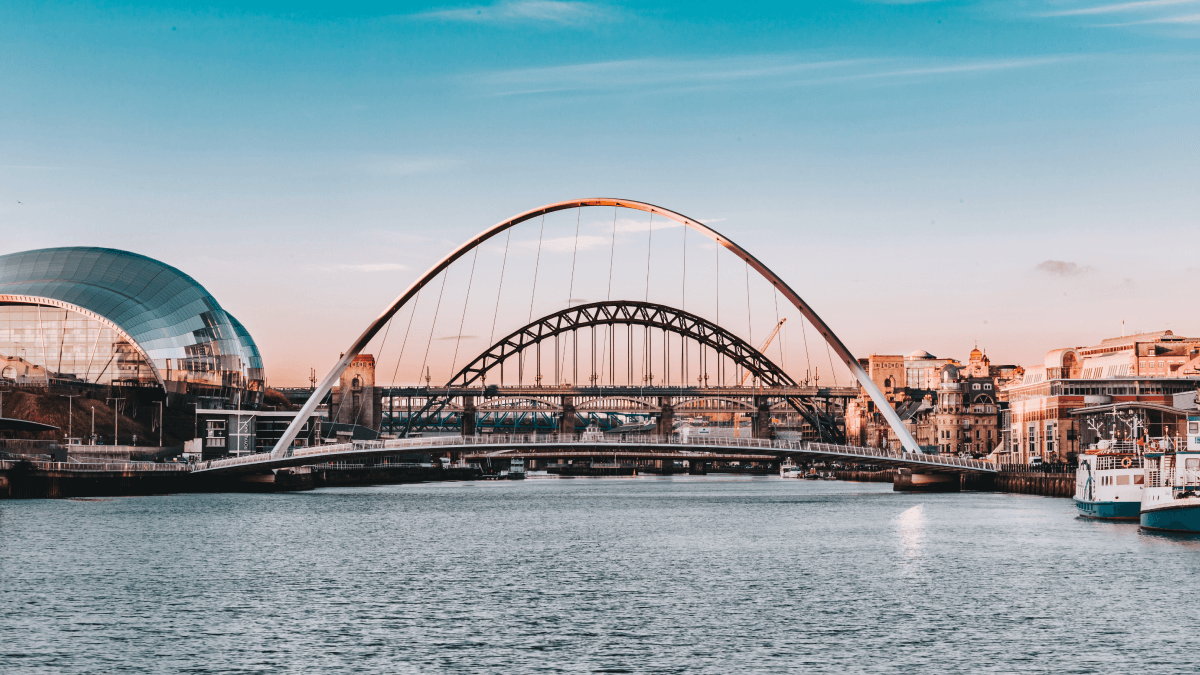 “Wey aye, Geordie, that’s champion, that!” Come again? Who? What? Don’t worry, that’s actually how you express that the Geordie accent is amazing — in Geordie!

As much a defining feature of the north-east of England as Hadrian’s Wall and the River Wear, the Geordie dialect is probably one of the most popular across Britain. And why wouldn’t it be? With its own distinct pronunciation and colourful vocabulary, it’s reet canny. If you’re not familiar with the dialect keep reading. We’ll dive into the history of Geordie, and how you can speak a little of it yourself.

The Origins Of Geordie

The story of Geordie differs slightly from the rest of the British accents because whilst other accents were heavily influenced by the Saxons, the Geordie accent was largely shaped by the Angles, who hailed from the coastal German region of Schleswig-Holstein and the Danish Peninsula. This group left a much stronger linguistic legacy on Geordie compared to other areas of the country, and it is estimated that Geordie has more than double the amount of words of Angle origin than standard English has.

This means that many Geordie words are surprisingly similar to modern Danish; for example, the word bairn is commonly used to affectionately refer to a child in Geordie, and looks and sounds just like the Danish word for child, barn. Gan, or “go” in standard English, also originates from this, and is comparable to the Northern German pronunciation of the verb gehen (“to go”).

But why is “Geordie” called “Geordie”? There are several possible explanations for this. One is to do with coal mining, which was — until recently — the traditional industry of the area. “George” was, by far, the most popular boy’s name in the area, which led to the men in the mining industry becoming known more generally as “Geordies.”

What Are Some Famous Geordie Accents?

The distinctive Geordie accent is well-represented in film and TV. But, if you want to master it, you could do worse than look to actor Liam Cunningham, better known as Ser Davos Seaworth in Game of Thrones. Though Irish, he nails the Geordie accent throughout the series.

If you’re looking for the real thing, though, there are a whole slew of Geordie musicians you can listen to for inspiration: Sting, Mark Knopfler, Bryan Ferry, Neil Tennant or, our favourite, The Unthanks, who are breathing new life into traditional Geordie songs.

Geordies are best known for braving bitter winter nights with bare arms and legs, and for producing an embarrassment of riches when it comes to footballing heroes. But, if the next time you visit Newcastle you want to pass yourself off as a genuine Geordie, you’ll need to wrap your lips around a few key phrases first.

Translation: “Alright mate?”
When to use it: When you bump into a friend on the street, or when you meet a chum in the pub.

Translation: “I’m in agreement.”
When to use it: When one of your marras (friends) suggests going to the pub for a bottle of broon (brown ale).

Translation: “Great!”
When to use it: When celebrating your favourite Alan Shearer goal.

Translation: “Come on!”
When to use it: This is one of the most famous, and most misunderstood, bits of Geordie accent. “Howay!” can be taken to mean “Come on!” in both positive and negative associations. Positive: “Howay woman! That were champion!” Negative: “Howay man! I haven’t got all day.”

This article was originally published on November 17, 2016. It has been updated.

The post School Of British Accents: The Geordie Accent appeared first on Babbel.