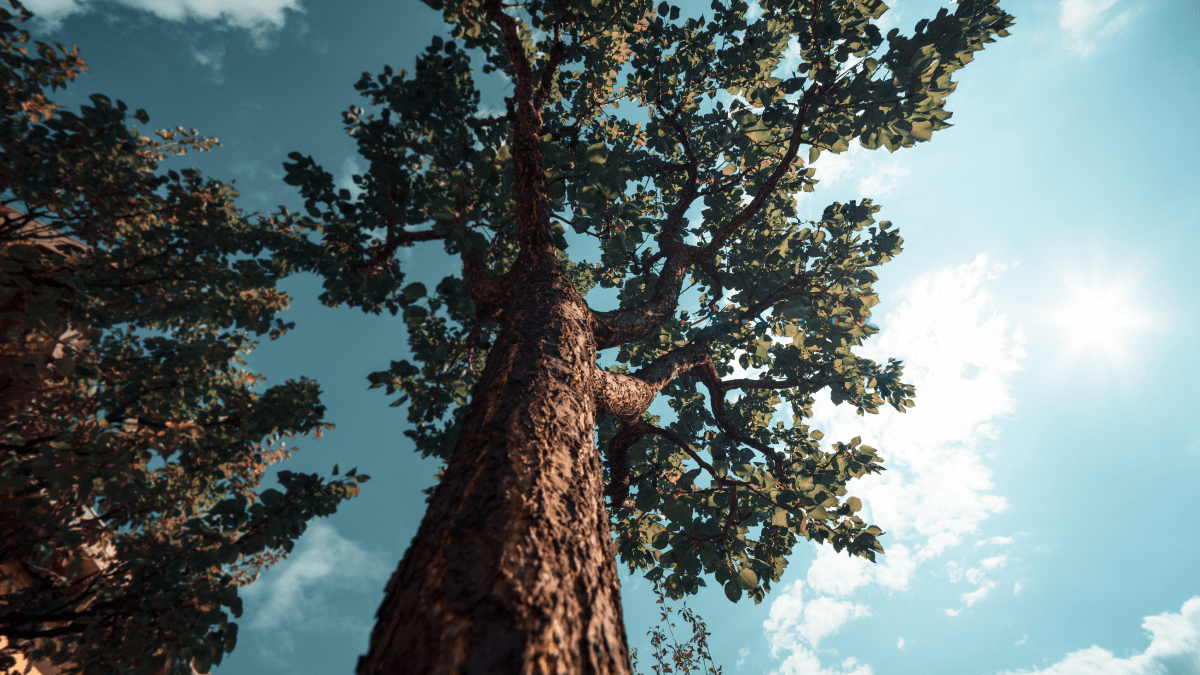 Etymology is one of the most fascinating parts of exploring a language. Discovering the strange origins of a word you use every day feels like peeling back a layer of reality. There are countless great word histories out there, and yet there are also a lot of words with murky origins. Researchers do their best to look at the history of a word, but sometimes the trail runs cold. And in certain cases, there’s a phenomenon that rushes in to try to fill in the gaps: folk etymology.

Folk etymology is in the same genre of story as folk tales. They’re invented to explain how something came to be — in this case, words. One of the tell-tale signs of a folk etymology is that it’s a very appealing story. The idea of “too good to be true” is very much at play here. There’s no exact science to figuring out which etymologies are false, though, so it’s best to rely on resources like the Online Etymology Dictionary.

While they may not be true, folk etymologies can be a lot of fun. We busted the myths around a few of the most famous stories and looked in to the true etymologies behind them.

The Truth Behind Folk Etymologies

It’s hard to imagine a worse combination of letters in the English language, which makes it a fitting name for this creature. There are a few folk etymologies explaining why exactly “cock” and “roach” are paired together here, with one being that the first syllable is taken from caca, the word for excrement. Cockroach is a loanword, though, in which English speakers anglicized the Spanish la cucaracha.

One of the foremost scholars of the English language in the 20th century was journalist H.L. Mencken, but even he was stumped by “cocktail.” In the end, he listed seven different possible origins of the word. Theories include it being named after cock-tailed horses (ones with shorter tails, meaning they’re of a mixed breed), alcohol dregs (the “cock” is the spigot, the “tail” being the tailings of other alcohols, mixed together to be sold for cheap) and French egg cups (a New Orleans apothecary may have sold alcoholic drinks in egg cups, or coquetiers). One of the most recent theories does involve horses: the animals with cocked tails were considered “livelier,” so owners would put ginger or pepper on their unmentionables so they’d lift their tails up. The drinks, then, have the same effect on the drinker as the ginger or pepper on the horses.

Is the word “crap” really named after the British inventor of the toilet, Thomas Crapper? Sadly, no. There was a British plumber and sanitation worker named Thomas Crapper — funny enough in itself — but he didn’t single-handedly invent the modern toilet, and his name isn’t the source of “crap.” Many of the myths about his life came from a 20th-century book called Flushed with Pride.

Since they’ve been introduced, the little images known as emoji have almost entirely replaced the older emoticons on the internet. Looking at the two words, you might think that emoticon and emoji are related to each other, but strangely, they’re not. Emoticon is an English portmanteau of “emotion” and “icon,” whereas emoji is a Japanese portmanteau of e (“picture”) and moji (“character”). Honestly, sometimes the true stories are more surprising than the folk etymologies.

Sometimes, folk etymologies can connect two words together that seem like a logical pairing, but they obscure a word’s true origins. You would be forgiven for assuming that “female” is an alteration of “male,” given a prefix to distinguish genders. Yet that’s not the case. “Female” is an anglicization of femelle, a French word meaning “woman.” “Male” and “female” evolved entirely separately.

A lot of folk etymologies happen because a term looks like it’s a compound word, but it actually isn’t. It’s natural to want to break “hamburger” into “ham” and “burger,” but considering most hamburgers are made of beef, not ham, this doesn’t really make sense when you think about it. This word is usually connected with the German city Hamburg. Though, to make things even more confusing, there’s no clear evidence of ground beef patties originating in Hamburg.

Most people would probably assume “isle” is a shortening of “island,” but the two words evolved separately. “Isle” was taken from the Old French ile, while “island” evolved from the Old English iegland.

In New England and other parts of the east coast of the United States, “jimmies” is a common term for chocolate sprinkles. Some people have connected this with “Jim Crow,” a made-up name that originally appeared in a minstrel show, and became an American shorthand for anything African-American. The implication is that racist people started calling the brown sprinkles jimmies for this reason. There’s no evidence behind this, but the story sticks because the true etymology of “jimmies” is unknown. A candy company in Bethlehem, Pennsylvania, claims they invented chocolate sprinkles and named them after an employee, but there’s no proof of this.

For some reason, many words get attributed to royalty. In this case, the story is that when Mary, Queen of Scots was ill, her French maid would say Marie est malade (“Mary is sick”). Then, someone would bring her preserved fruit to make her feel better. An interesting story, but “marmalade” really comes from the Portuguese marmelada, a word originally used to refer to quince jam.

This is one of the most ubiquitous words in the English language, and so it makes sense it has a ton of folk etymologies. Did it come from businessman Otto Kaiser, who would sign forms OK? Did British sailors mark down that zero people were killed by writing 0K? Did Greeks commonly say Όλα Καλά to mean “all’s well”? The most commonly acknowledged story may be the weirdest, actually: it’s a shortening of “orl korreck,” a humorous misspelling of “all correct” that appeared in a 19th-century newspaper.

The name of this much-maligned bread is often connected with Napoleon Bonaparte. The story goes that he was invading Germany and was eating a meal at an inn (or some other place). He was served the local delicacy of rye bread, and disliked it so much he said it was pain pour Nickel, or “bread for Nickel,” the name of his horse. The true etymology isn’t much kinder to the bread, though, because Pumpernickel was an insult for stupid people. Pumpern is the German verb for “to break wind,” and Nickel was a word for “rascal.”

You might think these little animals have something to do with wood. But look at the tongue twister again: How much wood would a woodchuck chuck if a woodchuck could chuck would. That’s right, woodchucks can’t chuck wood, nor do they have anything to do with it. The word woodchuck is an anglicization of a word that comes from the Algonquian language family.

Can a number have a folk etymology? Yes! There are a lot of stories about 420 being a code used by the Los Angeles Police Department when they found people smoking marijuana. While the Police Code 420 did refer to juvenile disturbances, many sources agree that 420 actually comes from a group of high school students. During the 1970s, a group of five California teens would meet at 4:20 p.m. after school each day to smoke weed and hang out. They would say “420” to each other in the halls to escape notice of their teachers. How could this possibly have spread so far? Well, one of the students’ parents happened to work for the Grateful Dead, and the slang term got passed on to the band. From there, it entered stoner history.

There is a whole subgenre of folk etymology called “backronyms.” Unlike acronyms, which start with a phrase and shorten it by taking the first letter of each word, backronyms start with a single word and create a phrase. While this is something organizations do all the time to create a fun name, there is also a lot of folk etymology around words that allegedly started as acronyms. Here are a few you might have heard before. Be warned that one of the words is a bit inappropriate, though.

The post The Stories Behind The Most Common English Folk Etymologies appeared first on Babbel.