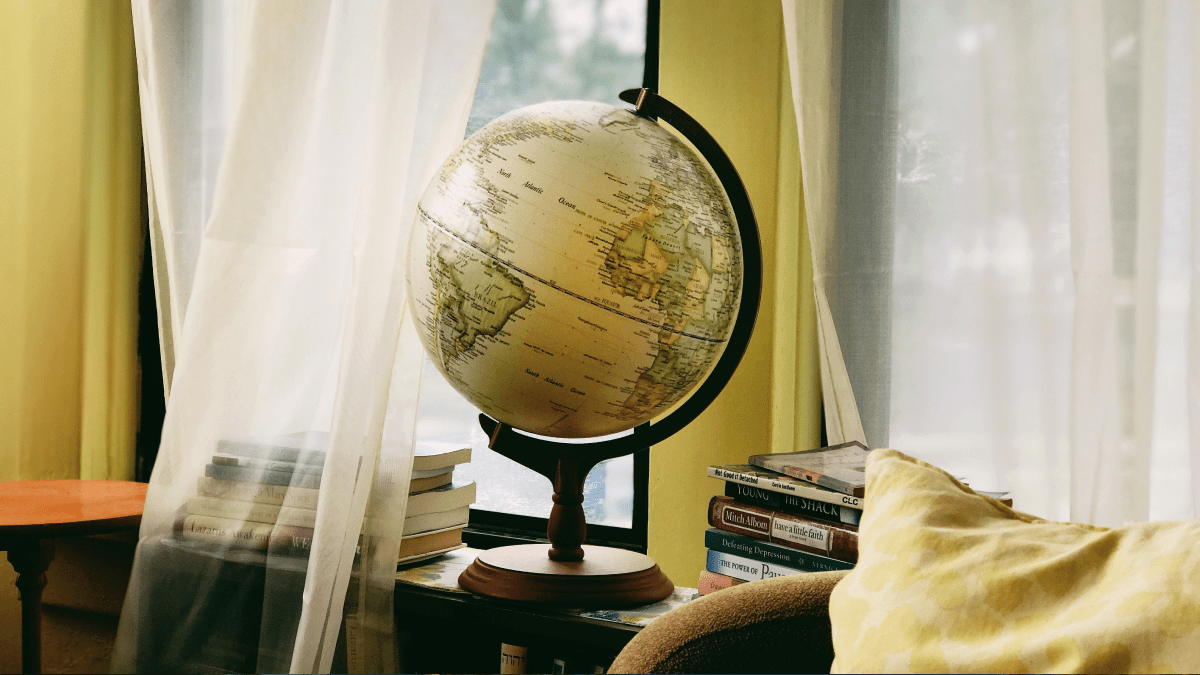 Geographical names split the world up every which way. For as long as humans have been around, they’ve been naming the land around them. For the most part, these names are chosen either by the group of people who live there, or by a colonizing force that decided to divide up a land according to its whims. Naming a continent is a whole different story, though. They’re too large to be home to a single, unified group of people. So where do these names come from? Continent etymology is more complicated than you might think.

How Many Continents Are There?

Before getting into continent etymology, it’s worth asking what a continent even is. If you’re a native English speaker, you were most likely taught that there are seven continents: Africa, Antarctica, Asia, Australia, Europe, North America and South America. This fact is taught in English-speaking countries, as well as in most of Western Europe, along with China, India and the Philippines. It’s a fact so elementary that you might be surprised to learn that not everyone agrees on there being seven continents.

A “continent” at its most basic is a continuous tract of land. If you use this strict definition, then it’s pretty ridiculous to say there are seven continents. Europe and Asia are divided by a mountain range, but they most definitely belong to one landmass. That’s why Eastern Europe, Japan and Russia say there are only six continents, with Europe and Asia becoming Eurasia. This especially makes sense for Russia, which straddles the two.

Latin America (and some other countries) also divide the world into six continents, but they combine North and South America into the Americas. The two are continuous, after all, even if the width of land narrows in Central America.

Even among continents that seem clearly divided, the boundaries can be blurry. Asia and Africa, for example, are very closely joined at the Isthmus of Suez, which is part of Egypt. By some definitions, Egypt is in fact part of both Asia and Africa. An extremist might even argue that there are only four continents: Afro-Eurasia, the Americas, Australia and Antarctica.

The names for the continents we English speakers use vary widely in age. If there’s one commonality among them, though, it’s that Europeans chose the names. There are countless historical reasons why, but colonization of both land and language is the big one.

The word “Europe” is very, very old. It goes back to Ancient Greece, and its very first written record is in The Homeric Hymns, a series of 33 anonymous poems written in honor of various Greek Gods in roughly the sixth century BCE. In the hymn to Apollo, the poet writes:

Telphusa, here I am minded to make a glorious temple, an oracle for men, and hither they will always bring perfect hecatombs, both those who live in rich Peloponnesus and those of Europe and all the wave-washed isles, coming to seek oracles.

Where does this word come from? It’s not entirely clear. The Greeks did have a god, Europa, and so it’s likely that the continent’s name stems from her, but that doesn’t answer why the name Europa was chosen, nor why this particular goddess became the representative for the continent. One theory is that it’s from the Akkadian word erebu, meaning “to set in the west,” because Europe was to the west of that other continent, Asia. Another more common idea is that it combines the Greek words eurys (“broad”) and ops (“face”), because the continent represented the broad face on which humankind walked.

“Asia” also goes back to the Greeks. The same theory that posits Europe comes from the Akkadian erebu says that Asia comes from asu, the Akkadian word for “to rise” (as the sun does in the east). Again, it’s unclear if this theory is factual, but it is true that the Greeks dividing the world into Europe and Asia is what created the very idea of continents. They had no idea at the time just how large Europe or Asia actually were, but they applied the names liberally.

The Ancient Greeks divided the world into three parts. The first two are Europe and Asia, which we’ve already covered above. The third was Libya. At the time when the Ancient Greeks were exploring beyond their boundaries, it was Ancient Libyans who inhabited Northern Africa. The Egyptians were also there, but the Ancient Greeks decided that the Nile was the dividing line between Asia and Libya, so Egypt was grouped in with Asia in their conception of the world.

The word “Africa,” like every continent etymology so far, has uncertain origins. The best theory is that it’s from the Arabic afar, meaning “earth.” The word first appeared in Latin around the second century CE, and was used by Romans to refer to a specific region in Northern Africa, where Tunisia is today. Even more unclear than its origins is how this word for a specific region became the word for the entire continent. It was far more common over the past 2,000 years to hear the landmass called Libya, Aethiopia, Guinea or Sudan, all of which are now countries within Africa.

The term “Africa” didn’t start to dominate until the 17th century CE, when European explorers and colonists started sailing around the world and getting a better idea of what this planet actually looks like. In this period, naming places was a free-for-all as wealthy Europeans started claiming and dividing up land masses, particularly Africa. We’ll never know why Africa was chosen as the name for the continent, but it was definitely during this time, when a popular new map could set a name for centuries to come.

Humans have lived in the Americas for tens of thousands of years, and various groups of indigenous peoples had come up with their own names for their land masses before the Europeans came. One of the most popular to survive until today is Turtle Island, a name for North America that originates from a Lenape creation story. The Kuna people of Panama and Colombia refer to the Americas as Abya Yala, “the continent of life.” There are likely countless other names for the landmass that were lost to history after the Europeans arrived, killing Native Americans through conquest and disease.

The choice of the word “America” for the two continents (or just one) is a somewhat random one. After Christopher Columbus sailed west and reported his findings to Europe, other people took it upon themselves to find out about the land they’d been previously unaware of. One of these people was the Italian merchant Amerigo Vespucci, who traveled to the “New World” in 1501 and realized that Columbus hadn’t made it to India, but in fact had gone to an entirely different continent. German cartographer Martin Waldseemüller decided to give the credit for this “discovery” (not a discovery) to Vespucci, and so when he made his map of the continent he named them North and South America, which is a Latinization of Amerigo.

Since at least the second century CE, Romans had theorized that there was another continent to the south. They called this terra australis incognita, or “unknown southern land.” The first person from Europe to actually sail south and find a land that could possibly fit this description was Dutch explorer Willem Janszoon, who went there in 1606. It was a few decades later — in 1644 — that the continent was given its first name: New Holland.

Like with the Americas, he found a landmass that was already inhabited by many people. And also like the Americas, the explorers ignored the aboriginal people. In fact, other than a few exploratory regions, the Dutch didn’t pay much attention to New Holland, and didn’t attempt to lay any real claims to the land. Then, in the 1770s, British explorer James Cook sailed to the continent and decided to claim the entire east coast for England.

In the early 19th century, another British navigator — Matthew Flinders — proposed to change the name of at least the eastern half of the country to Australia, because he (like many) believed there would never be another continent discovered further to the south. The British colonized the continent, and eventually, the name Australia became the name for the whole thing. At the time, many people thought that Australia was surely the southernmost continent in the world. Little did they know.

The search for a southern continent had been going on for centuries. It’s ironic, then, that in 1820 — a few years after Australia became Australia — an expedition from Russia spotted mainland Antarctica for the very first time. This left cartographers in quite a pickle: what to call the new southern continent?

Looking at maps throughout the 19th century, you can find a few different names for the southern continent, including “Ultima” and “Antipodea.” It wasn’t until the 1880s that Scottish cartographer John George Bartholomew made a map, giving it the modern name Antarctica. The name was taken from the existing word “antarctic,” which referred to the entire region around the south pole. This word derived from the combination of “anti” and “arctic,” and arctic can be traced back to the Greek arktos, or “bear.” Why was the arctic named after a bear? Because of the constellation Ursa Major, the great bear, which can be seen in the northern sky.

The post How Did The Continents Get Their Names? appeared first on Babbel.