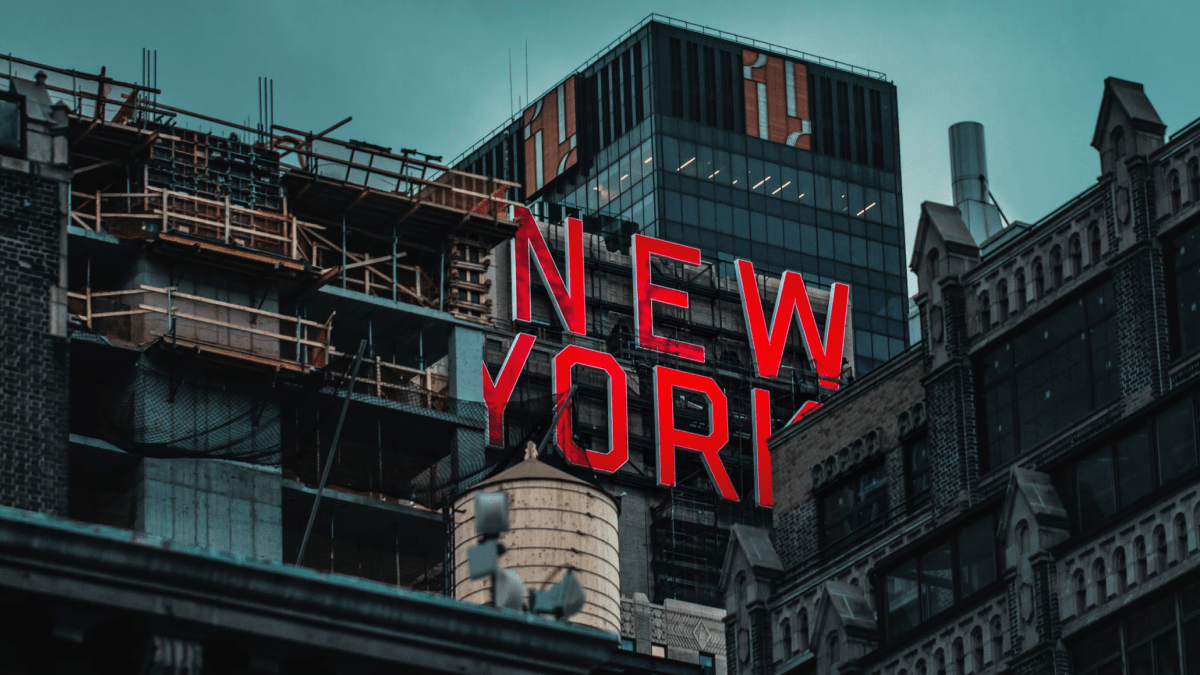 We like to think of the names of places are generally stable, but that’s really not the case. Throughout history, counties and cities have changed their names for various reasons.

It’s not just a historical phenomenon, either. As recently as this year, some Māori MPs set out a proposal to change New Zealand’s name. Will the country be renamed Aotearoa, literally “long white cloud” in Māori? A petition has been launched. Why change the name? Well, the current one is perhaps an all-too-present reminder of colonialism. On his way to explore the same archipelago, Dutch explorer Abel Tasman lent his name to Tasmania. Later, the country became New Zealand, after the Dutch province of the same name. In Dutch, Zeeland literally means “sea land.”

The names on the map, then, are far from set in stone. Let’s take a closer look at the countries and cities that have changed their name over the years, sometimes more than once.

Big Cities That Have Changed Their Names

When times change, cities adapt and rebrand. Up until the fifth century, Paris was called Lutetia. This was the name left by the Romans, who had also called one of their colonies Lugdunum, present-day Lyon.

Perhaps the most famous city name change is Istanbul (partially thanks to the They Might Be Giants song). The Greek city of Byzantium was founded in 667 BCE. After being integrated into the Roman Empire by Constantine I, Byzantium became Constantinople in 330 CE. In 1453, the Ottoman capture of Constantinople marked the fall of the Eastern Roman Empire. Yet the city over the Bosphorus held on to its name for several more centuries. It was only in 1930, in the early years of the fledgling Republic of Turkey after the collapse of the Ottoman Empire, that Constantinople officially became Istanbul.

The name changes of Saint Petersburg (Санкт-Петербург) are far more frequent. The capital of the tsars was founded in 1703 during the reign of Peter the Great. In just three centuries, however, the city had more than enough time to play catch-up with Istanbul in terms of name changes. Contrary to popular belief, the name “Saint Petersburg” (literally “Saint Peter’s City”) has no relation to its founder, and it’s actually a tribute to the apostle. You can’t miss the German-sounding name of the “Northern Capital” (северная столица, severnaya stolitsa in Russian). When World War I broke out, Saint Petersburg changed to Petrograd (Петроград). The suffix “grad” derives from the Russian word город (gorat), meaning “town.” The Russian city, which had lost its capital status to Moscow, kept this name in recognition of its Slavic heritage for 10 years.

When Lenin died in 1924, Petrograd, formerly Saint Petersburg, changed its name once more, this time to Leningrad (Lenin’s City). In doing do, Saint Petersburg definitively broke with its Germanic, Tsarist past to become purely Soviet in name. In 1991, after the dissolution of the USSR, Saint Petersburg reclaimed its original name by referendum.  Today, many Russians seem to carry on this long tradition of name changes by using the city’s affectionate nickname: Piter (Питер). Despite everything, the region surrounding Russia’s second city is still called Leningrad Oblast (Ленинградская область).

At the beginning of the 17th century, when New York was still a Dutch colony, the territory was called New Amsterdam (Nieuw Amsterdam). Before that, it was briefly named New Angoulême (Nouvelle-Angoulême). When the British came in, it was changed to New York after the Duke of York, but it almost didn’t last. In 1673 and 1674, the Dutch briefly reoccupied Hudson Bay and renamed the city New Orange (Nieuw Oranje). The British got it back, though, and they stuck with New York.

Let’s jump more than 6,000 miles from “Gotham” or “The Big Apple” to the Japanese capital. But Tokyo wasn’t always called Tokyo. Until 1868, the city was known as Edo (江戸), literally “bay gateway.” The Emperor Meiji chose to rename it “Eastern Capital,” or “Tokyo” (東京) in Japanese, by contrast to the former capital, Kyoto (京都). There are plenty of other examples in Asia, too. For just one example, the Vietnamese city of Saigon has officially been Ho Chi Minh City since 1975.

In the wake of the French Revolution, the “Hexagon” (as the French often call their home) was gripped by name-change fever. The country set about re-baptizing many of its cities. “Baptizing” is probably a poor choice of words, however, as the Revolution meant any Christian and royalist references had to be purged. In the Loiret department, Bucy-le-Roi (“Bucy-the-King”) became Bucy-la-République (“Bucy-the-Republic”). Grenoble freed itself from the grip of nobility to become Grelibre (libre meaning “free” in French). Versailles itself, the symbolic seat of monarchical power, was almost renamed “Cradle of Liberty.” During the winter of 1794, Marseille was briefly demoted to “city-without-a-name.” Around the same time, Lyon adopted the new name of Commune-Affranchie (“Liberated Commune”), while Bordeaux became Commune-Franklin (in honor of Benjamin Franklin).

Russian Cities That Have Changed Their Names

If one country has truly mastered the art of renaming its cities, it’s Russia. Saint Petersburg, as we talked about above, is just one example among so many Soviet cities that changed their names.

In the greater Saint Petersburg (formerly Leningrad) area, the present-day town of Pushkin was historically known as Tsarskoye Selo, literally “village of the tsars.” Home to the emperors’ former summer residence, it was initially renamed Detskoye Selo (“village of the children”) by the Bolsheviks. In 1937, to mark the 100th anniversary of the poet Pushkin’s death, it formally adopted its current name. Another major Russian writer, Maxim Gorky, a contemporary of Lenin, died in 1936. The writer lived on until 1991 through the city of Gorky, his home town, now known as Nizhny-Novgorod. In most cases, the Soviet Union drew inspiration from its leaders and heroes.

Lenin, whose real name was Vladimir Ilyich Ulyanov, left his family name to Ulyanovsk, formerly Simbirsk. Perm changed to Molotov, after the Russian diplomat who also lent his moniker to a famously explosive cocktail. Stalin’s name was given to Stalino (now Donetsk), Stalingrad (now Volgograd) and Stalinabad (now Dushanbe, the capital of Tajikistan). On the Soviet leader’s death, Poland chose to change Katowice to Stalinogród between 1953 and 1956. Following World War II, the country had already whitewashed Danzig’s German past by rechristening the city Gdansk. The Soviets did the same with Kaliningrad, formerly Königsberg.

Today, the Berlin Wall has fallen, the Iron Curtain is a thing of the past, but traditions still die hard. In 2019, the capital of Kazakhstan, a Central Asian country once part of the USSR, changed its name from Astana to Nur-Sultan. This was a tribute to Nursultan Nazarbayev, who had stepped down after 29 years in power. Originally known as Akmola and then Akmolinsk, the Kazakh capital was also called Tselinograd, before becoming Astana in 1998.

Countries Change Their Names, Too

So, what about countries? Like cities, countries sometimes change their names, too.

Sometimes, like with cities, it can take a little time for people to get used to calling countries by their new official labels. In France, Belarus is still referred to as Biélorussie, despite the country’s official recommendations. And while no one calls Slovakia the Slovak Republic, the English-speaking world still commonly talks about the “Czech Republic,” even though the long form was officially replaced by “Czechia” in 2018!

This article was originally published on the French edition of Babbel Magazine.

The post Countries And Cities That Have Changed Their Names appeared first on Babbel.