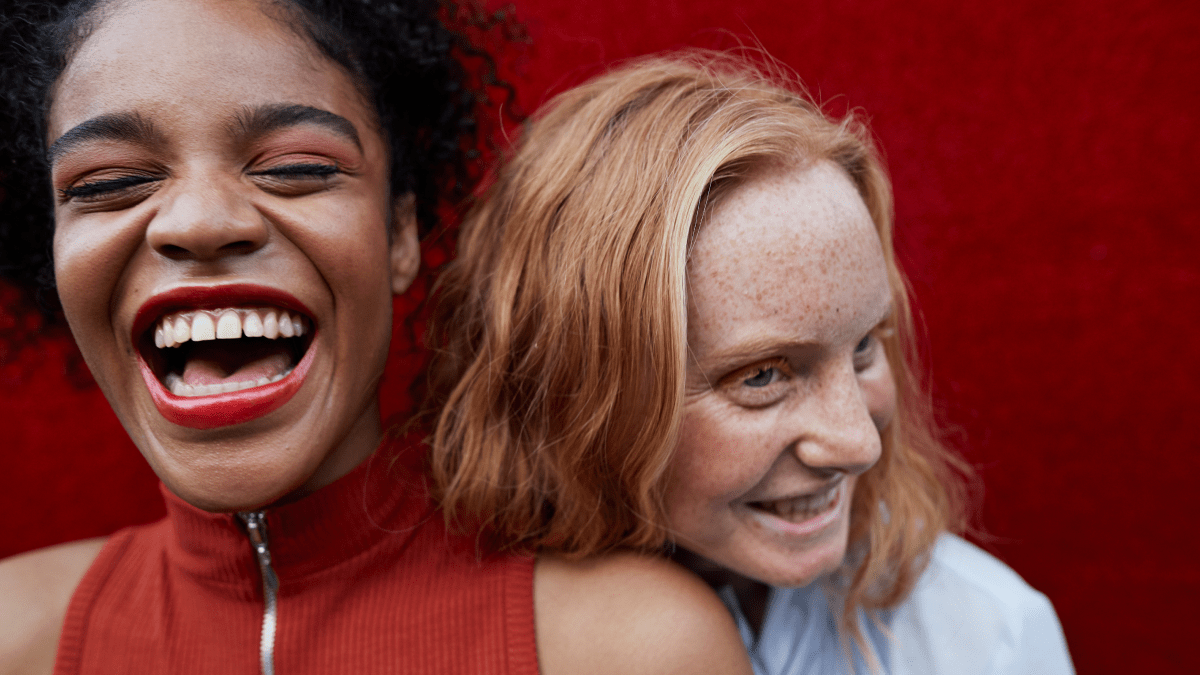 Millennials have been in the generational spotlight for quite a while now. The word “millennial” was basically shorthand for “kids these days” until someone pointed out that, actually, millennials are not kids anymore, and many have kids themselves. While some millennials are glad to be out of the spotlight, it can be hard to adjust to no longer being the youthful generation. One way to watch this evolution is to look at millennial language.

For quite a while there, millennial language was being constantly scrutinized. It’s not hard to find articles decrying the end of the English language at the hands of teens who spend too much time on the internet. Are millennials really so special in the way they use words, though? Let’s dive into exactly who millennials are, and how they’ve changed in the past few decades.

Who Are The Millennials?

Every article in this series is going to include the same disclaimer: generations are constructs. Historically, they’ve mostly been used as a marketing tool for companies to figure out how to best sell their products to people of different ages. There’s no hard line between one generation and the next, and the differences between generations are often exaggerated. With that said, it’s the best method we have of dividing people into cohorts based on age, and it’s become so ingrained in our culture that it’s unlikely to go away any time soon.

There is no widespread agreement on when exactly the generations start and end, but the definitions tend to only vary by a few years. For simplicity, we’ll look to the Pew Research Group, which says that millennials are those born from 1981 to 1996. That means that as of this writing, millennials are between 25 and 40 years old. Already, you can see that there might be some stark differences within that age group.

Who really are the millennials, though? In 2007, back when the age group was still being called Generation Next, Pew Research Group released its first analysis of the youths. It found that young people were more attached to technology, more liberal and more diverse than the generations that had come before in the United States. All of this is still true, and it marks an ongoing shift in the country. Millennials really were the most liberal, most diverse and most technology-oriented only until Gen Z came along and beat them in all three categories.

While the concept of “generations” sorts people by the year they were born, linguistics tends to look more specifically at trends based on age. You may be a millennial from birth to death, but you go through different age cohorts throughout your life. This is because, believe it or not, your language changes throughout your life.

There’s one trend that’s pretty consistent: people get more conservative in the years between their teens and their forties. This may sound like a political talking point, but it’s actually about how much people are willing to diverge from Standard English. When millennials were younger, they freely experimented with the way they spoke. As they got older, the generation has tended to stay within the lines a bit more (on average, at least). It’s at these ages that people feel the greatest pressure to conform to the “correct” way of speaking. It’s important to note, however, that there’s no such thing as a correct way to speak, and that “proper English” is a social construct.

Does this mean that language change is impossible, and we’re all doomed to sound exactly like our parents? Not exactly. It just means that change is slower than you might predict if you look solely at teenagers. To look at one example, there’s the quotative like (“He was like… and then I was like…”). It’s a use that has become more and more popular over the past few decades. The use of the quotative like predates millennials, but it’s been heavily associated with the generation, along with the many other uses of “like.” One paper from 2015 suggests, however, that millennials are using the quotative like less as they get older. This is exactly what we’d predict when we suggest that people become more conservative with their language as they age.

Millennial language, then, is in its conservative stage. The generation has mostly stopped coining new slang terms and playing around with the rules of grammar. Again, this is only an average across the entire generation, so there are plenty of exceptions. Yet for now, language experimentation belongs to Gen Z.

As millennials reach their middle age, there’s still plenty to say about the generation’s use of language. Here, we’ll look at the most noticeable part of communication: the words we use. Slang in particular tends to stand out and define generational differences, but slang terms don’t tend to last very long. Let’s look at the words that passed and the words that stayed.

The Words That Didn’t Stick

Looking at past slang can be painful. It’s hard to imagine anyone ever called anything “groovy” without at least a little irony. Equally cringe-inducing is “awesomesauce” and “amazeballs,” both of which had an admittedly short time in the public discourse.

It’s hard to predict which words will become part of the permanent lexicon, but you can make some pretty solid guesses as to which ones won’t. There are terms that refer to fads, like “planking” and the “Harlem shake,” both of which went in and out of fashion quickly. There are news-specific terms, like “Kardash,” a term coined by Weird Al to make fun of the brevity of Kim Kardashian and Kris Humphries’ 72-day marriage, which an opinion writer for the New York Times thought important enough to include in his list of words that defined 2011. And in the case of words like awesomesauce, there’s something else at play: every generation has to invent a new way to say that something is good or cool.

We could keep listing words that millennials invented that are already history. Being young is all about throwing stuff at the wall and seeing what sticks. Making a new word actually work is hard (just look at Mean Girls, a millennial movie fave, with its immortal line “Stop trying to make ‘fetch’ happen.”). The majority of the words invented by youthful millennials have vanished from common use.

The Words That Did

Against all odds, there are words and phrases that have withstood the test of time. As mentioned, it’s hard to know why one word succeeds while another fails, but there is one thing they almost all have in common: they’re useful. That may sound obvious, but it’s not.

First, a word has to refer to a concept that maintains its relevancy over time. Again, seemingly simple, but some words don’t pass this test. The word “brony,” coined for avid male fans of the TV show My Little Pony, has a limited lifespan because it depends on the existence of these fans. Sure, it’s still around, but its use is in decline. A “humblebrag,” on the other hand, describes something that people do all the time: pretend to be humble while subtly bragging.

Second, a word has to distinguish itself from other words that already exist. The word “awesomesauce” was doomed because we already have “awesome.” For this reason, a lot of terms that last are ones that describe entirely new phenomena, and for millennials that was often technology. Words like “selfie,” “vlogger,” “defriend” and “binge-watch” all sprouted up because they described something we didn’t already have language for.

Even if a word follows those two criteria, the randomness of language evolution might still kill it. Still, it’s worth noting that there are plenty of words invented by millennials that are now part of our everyday speech. People may have rolled their eyes at selfies when they first appeared, but now everyone from world leaders to pets are taking pictures of themselves.

There’s a point in everyone’s life when they realize they’re not “the youth” anymore. It’s not when you turn 18 or 21 or any other specific age, it’s when you first feel out of touch. Perhaps this is getting too philosophical, but millennials are at that point (or even well past that point). Already, there are journalists admitting that they feel like they no longer have their finger on the linguistic pulse.

It’s natural! You either stop trying to stay on top of every single slang term, or you become the middle-aged parent saying “it’s lit” to connect to their children. As we covered in the last section, millennials are now more conservative with the way they talk, and nowhere is that more apparent than when they struggle with Gen Z’s lexicon.

This doesn’t mean that millennial vocabulary isn’t still growing and changing, however. They may no longer be at the forefront of experimentation, but millennials are now the ones deciding which words make it into the mainstream. That’s because 25- to 40-year-olds are the writers, journalists, executives and social media managers who enshrine terms in pop culture. It’s a simple truth of American culture that age lends legitimacy, and the millennial generation as a whole is now old enough to be taken more seriously. When a millennial coins a word, it’s not written off as youth slang.

The evolution of millennial language is far from over. That’s the beauty of language, really. Every generation leaves its mark, but language outlives us all.