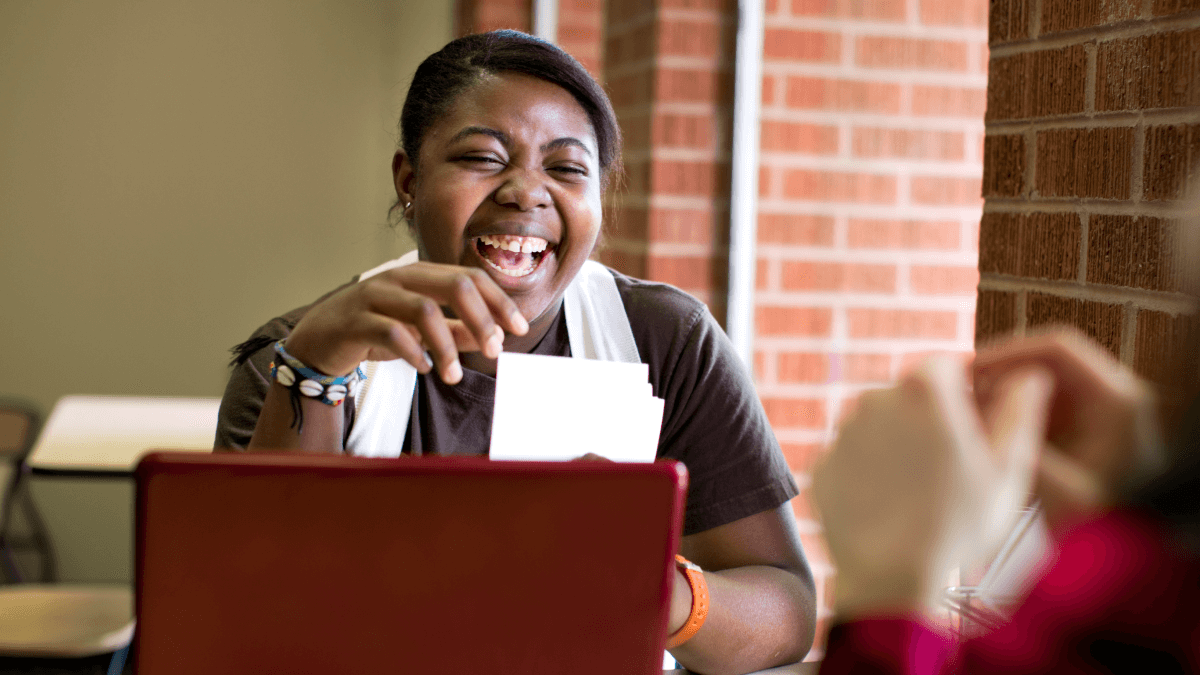 Do you sometimes feel like “a donkey looking at the palace”? Or do you “think it’s cool” to be amazed by what you see? Portuguese idioms and popular sayings can be a great mystery to anyone learning the language. In fact, they can even be a mystery to people who simply speak different dialects of the language.

Here, we’ll dive into some idioms and proverbs that will help you make your Portuguese sound more authentic. If that’s not enough, we’ll also look at ones that reveal the differences between Brazil and Portugal.

Popular Sayings In Brazil And Portugal

Literal Translation: “Don’t you come, you won’t have it!”

A typically Brazilian expression that indicates the lack of interest in hearing what is going to be said. It’s a way of dismissing the subject right away, on the part of the interlocutor.

In Portugal, the expression used would be Não venhas com histórias! (“Don’t come with stories!”)

Spoken in a tone of someone who is unfriendly and usually is not given to intimacy (meaning they prefer distance from others), the expression indicates that the speaker has little interest in hearing justifications or explanations about whatever the subject might be.

If a Brazilian were to use the second version of this phrase, they would more say Não me venha com história, removing the final “s” because they conjugate the verb in the third person singular você (“you”).

Literal Translation: “friend of the jaguar”

This expression originated in Brazil and triumphantly flourished in Portugal, a country where there are not even any jaguars.

It means a false person, a false friend who lies and stabs you behind your back. A friend who cheats is a “friend of the jaguar.”

The origin of this expression is the comic book Amigo da Onça by Péricles de Andrade Maranhão, published for the first time in 1943, in Brazil. The name came from a famous Brazilian joke.

Literal Translation: “pulling the ember to my sardine”

This is a Brazilian and Portuguese idiomatic expression. If you, a non-native, go to one of the two countries and want to “pull the ember to your sardines,” it is because you want to take advantage of something that will benefit you.

Person 1: Ele tentou convencer o patrão a investir no projeto da irmã. (“He tried to convince his boss to invest in his sister’s project.”)
Person 2: Claro! Ele está sempre puxando a brasa para sua sardinha! (“Of course! He is always pulling the ember to his sardines!”)

This Brazilian expression indicates that someone is flirting. Are you talking to the handsome neighbor all the time? You’re “dragging the wing” to him.

In Portugal, the corresponding idiomatic expression is fazer olhinhos (“making little eyes”). You can see how the two work the same way below.

This is a Brazilian expression that means doing a quick, short-term, non-secure, non-paying job.

If you’re in Portugal, however, don’t use this expression at all, because it means having oral sex. Use the corresponding term: to make um biscate (“odd job”), which ironically also has another sexual meaning in Brazil as an insult to women. Basically, be careful.

Brazilian Version: Eu fui despedido, mas fiz uns bicos para pagar o aluguel. (“I was fired, but I did some side gigs to pay the rent.”)

Portuguese Version: Eu fui despedido, mas fiz uns biscates para pagar a renda. (“I was fired, but I did some odd jobs to pay the rent.”)

This idiom is very Portuguese. First, there’s the usual use of the phrase. Did you forget the rice in the oven? It cheirar a esturro, or smells like something toasted and a little burnt.

But if a conversation “smells burnt,” that means it must be a lie, a prank or a trick. A Portuguese person who is suspicious does not hide their mistrust!

Person 1: Eles oferecem um carro na compra de um telemóvel. (“They offer a car with the purchase of a cell phone.”)
Person 2: Essa conversa cheira-me a esturro. (“That conversation smells burnt to me.”)

Literal Translation: “like a donkey looking at the palace”

In Portugal, this phrase means astonishment and confusion at something that is the speaker doesn’t understand. In other words, the speaker is unable to understand the value or quality of what he is shown.

Brazilian Version: Ele falou comigo em japonês e eu me senti como um burro olhando para o palácio. (“He spoke to me in Japanese and I felt like a donkey looking at the palace.”)

Portuguese Version: Ele falou comigo em japonês e eu senti-me como um burro a olhar para o palácio. (“He spoke to me in Japanese and I felt like a donkey looking at the palace.”)

This is a typically Portuguese informal expression. When someone in Portugal says something is giro, it’s because they are delighted and surprised either by something they find interesting or by a beautiful person.

A smartphone app that indicates if you are snoring at night might be called super giro if whoever uses it finds it original and useful. A person, if attractive, can also be considered muito gira.

In Brazilian Portuguese, giro often means “cool,” like in the conversation below.

In other contexts, however, it might mean someone is charming, attractive or beautiful.

If that’s not enough, there’s a third meaning! In Portugal, you can also take a tour (dar um giro) In Brazil, on the other hand, you take a turn (dar uma volta) or even a tour (um giro) if you want to go for a walk or get to know some region.

Notice that um giro is never a long or distant journey. You can take a short walk after dinner or even travel a few miles by car, but never take a plane, because that doesn’t mean dar um giro, unless you’re being ironic by describing a big trip as a small one.

This is a Brazilian proverb, referring to when one person does something extraordinary, but another takes the praise.

Literal Translation: “To the boy and the young pigeon, God puts his hand under.”

This is a typically Portuguese proverb. Borracho is the name given to a young pigeon that has little plumage and is unable to fly. As a side note, borracho also indicates a very attractive person or a drunk person in Portugal.

The proverb describes people who, because of their innocence and charm, are graced by fate, as if divine providence protected them from any misfortune. This person is like a baby pigeon that stumbles through misadventures but comes out unharmed.

Literal Translation: “Pepper in the eyes of others is refreshment.”

This is one of Brazil’s most popular proverbs. It has two interpretations. One is that it’s about someone using another person to do something that they find risky. The other is that considering misfortune is easier when it happens to other people instead of us.

The above example uses the first interpretation, and the below uses the other.

Literal Translation: “An old monkey does not put his hand in a bowl.”

This is a Brazilian proverb. It means that those who are older or have more experience don’t make the mistakes of the younger and less experienced.

The expression comes from a trap for catching monkeys created with the bark of a bowl, in which a small opening is made at the top and bait is placed at the bottom.

The animal, sticking its hand out to grab the bait, can no longer get loose with its hand closed.

Adalberto me convidou para viajar, mas recusei porque já sei que vou pagar quase tudo. Macaco velho não põe a mão em cumbuca. Me livrei dessa! (“Adalberto invited me to travel, but I refused because I already know that I will pay for almost everything. An old monkey doesn’t put his hand in a bowl. I got rid of it!”)

This one’s a Portuguese proverb. It is similar to the English proverb, “If you love what you do, you’ll never work a day in your life.”

This is one of the funniest popular sayings in Brazil. It is used to refer to someone who is very good at something, but who doesn’t use their skills for their own benefit. A dentist with bad teeth, for example.

Literal Translation: “To a good understander, half a word is enough.”

People go on and on about the value of good communicators, but just as important is good understanders. This phrase refers to someone who is receiving the message and is able to catch what is between the lines.

Literal Translation: “Each monkey in his own branch.”

This is another idiom that is kind of funny, but its meaning is straightforward. After all, the message emphasizes that everyone should only be concerned with what concerns him, her or them. Therefore, it means that the receiver must not be nosey. You can hear echoes of this phrase in the English saying, “Not my monkeys, not my circus.”

Literal Translation: “From grain to grain, the hen fills her belly.”

This phrase is a reminder that big accomplishments can only be done one step at a time. Sure, it may look like chickens aren’t eating much when they peck the ground. Slowly but surely, however, they fill up.

Literal Translation: “The son of a fish is a little fish.”

This is a well-known saying that refers to children who follow the behavioral patterns of their parents. You’ll also hear someone use it when they’re referring to someone who goes into the same occupation as their parents. The English equivalent would be either “They’re a chip off the old block” or “The apple doesn’t fall far from the tree.”

Sure the early bird gets the worm in English, but this popular Portuguese phrase means that an early riser is literally blessed. Say a prayer for those of us who prefer to sleep in.

This Portuguese problem would be used by someone who has run into a problem they can’t figure out. In Brazil, you’re more like to hear Estou em apuros (“I’m in trouble”) or Estou frito (“I’m fried”).

Literal Translation: “It went with the pigs.”

This popular saying means that something has gone seriously wrong. More specifically, it refers to a plan that never got finished.

Literal Translation: “You’ve got to have tin.”

This is one of the most common popular sayings in Portugal and refers to someone who is shameless. When someone uses this idiom, they’re probably talking about someone acting a little cheeky or saucy.

This is one of the most used Portuguese expressions, and it refers to someone who has a lot of experience in a certain area or subject. It doesn’t have to be chicken-related experience, but it can be.

The post A Guide To The Most Common Brazilian And Portuguese Phrases appeared first on Babbel.